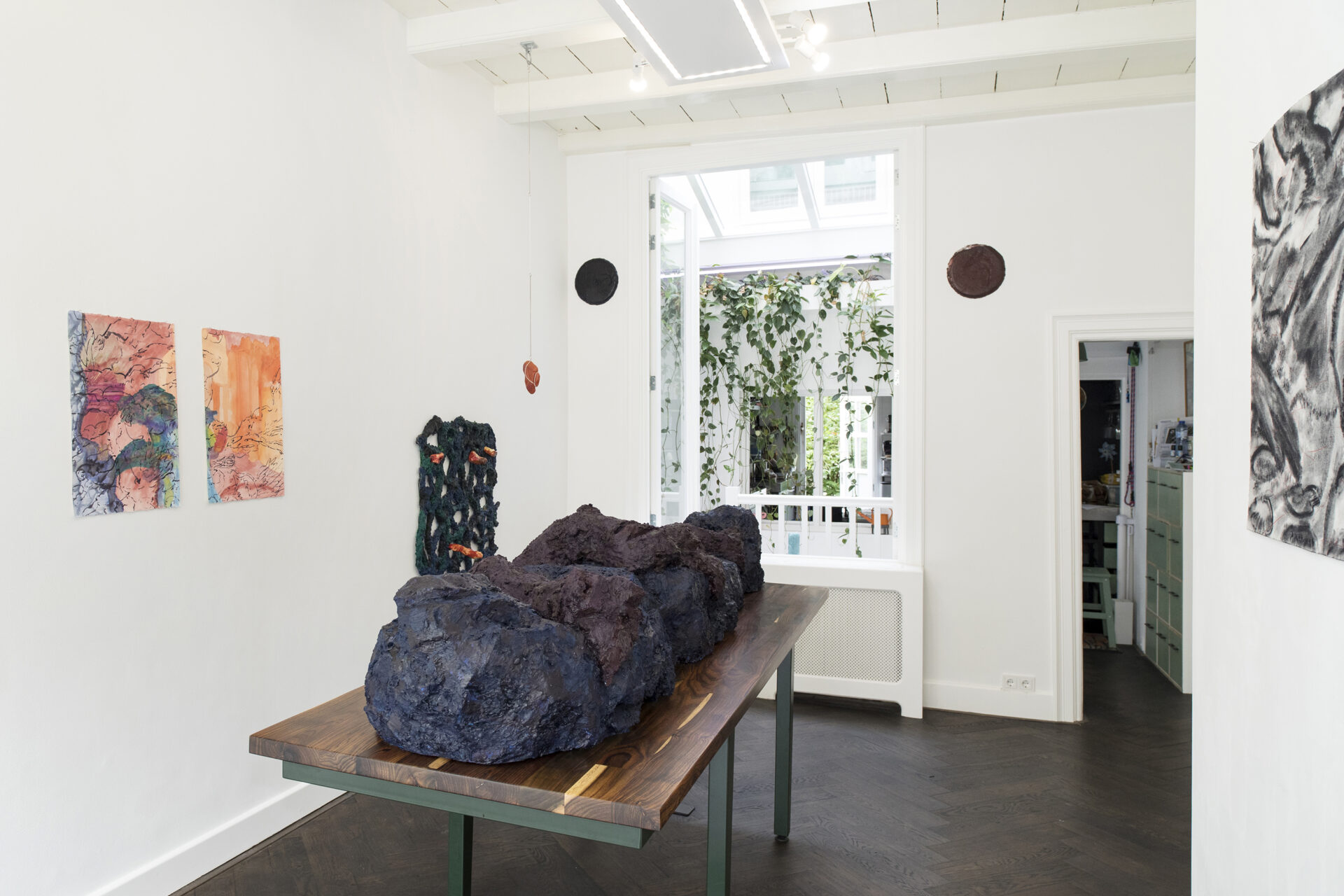 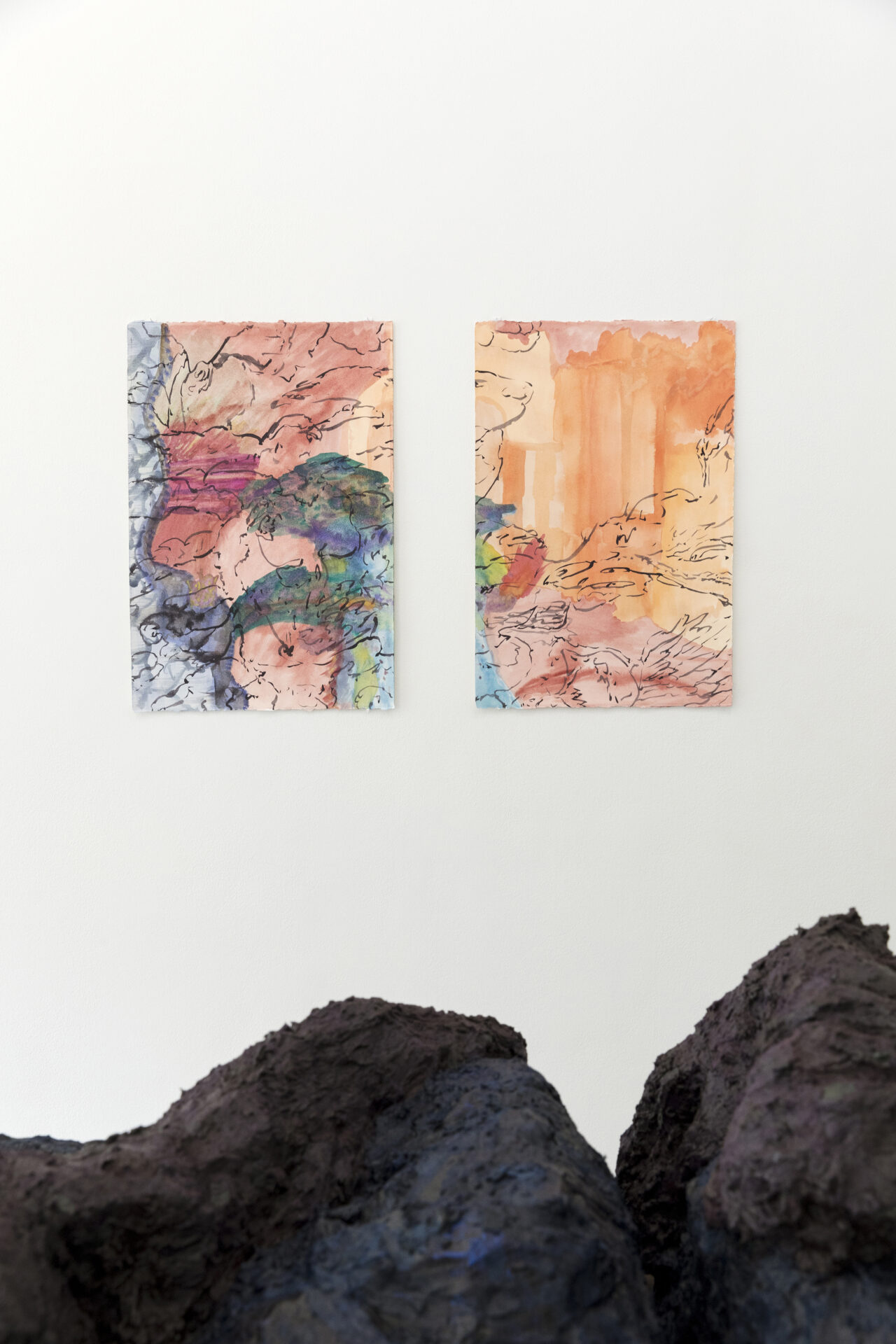 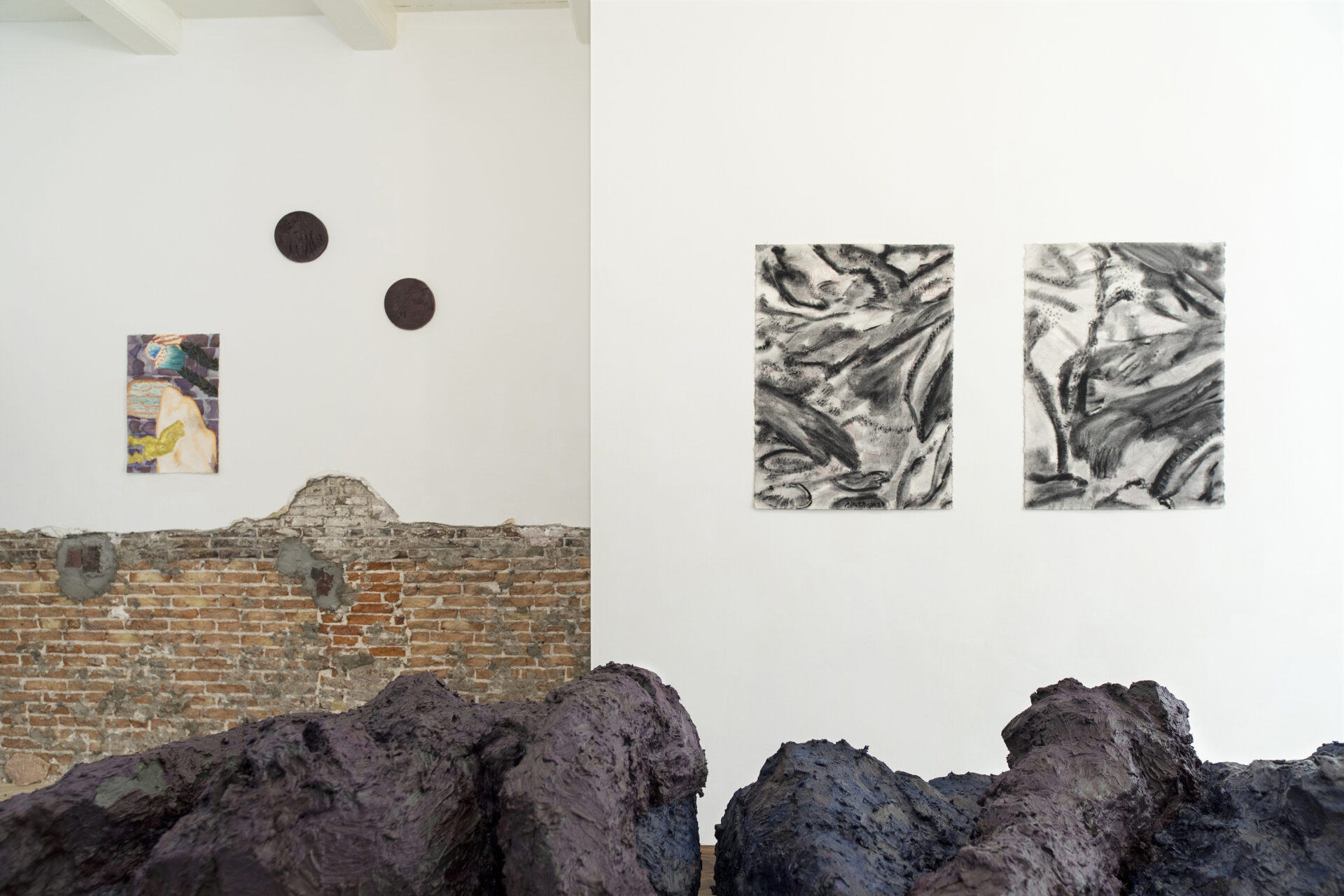 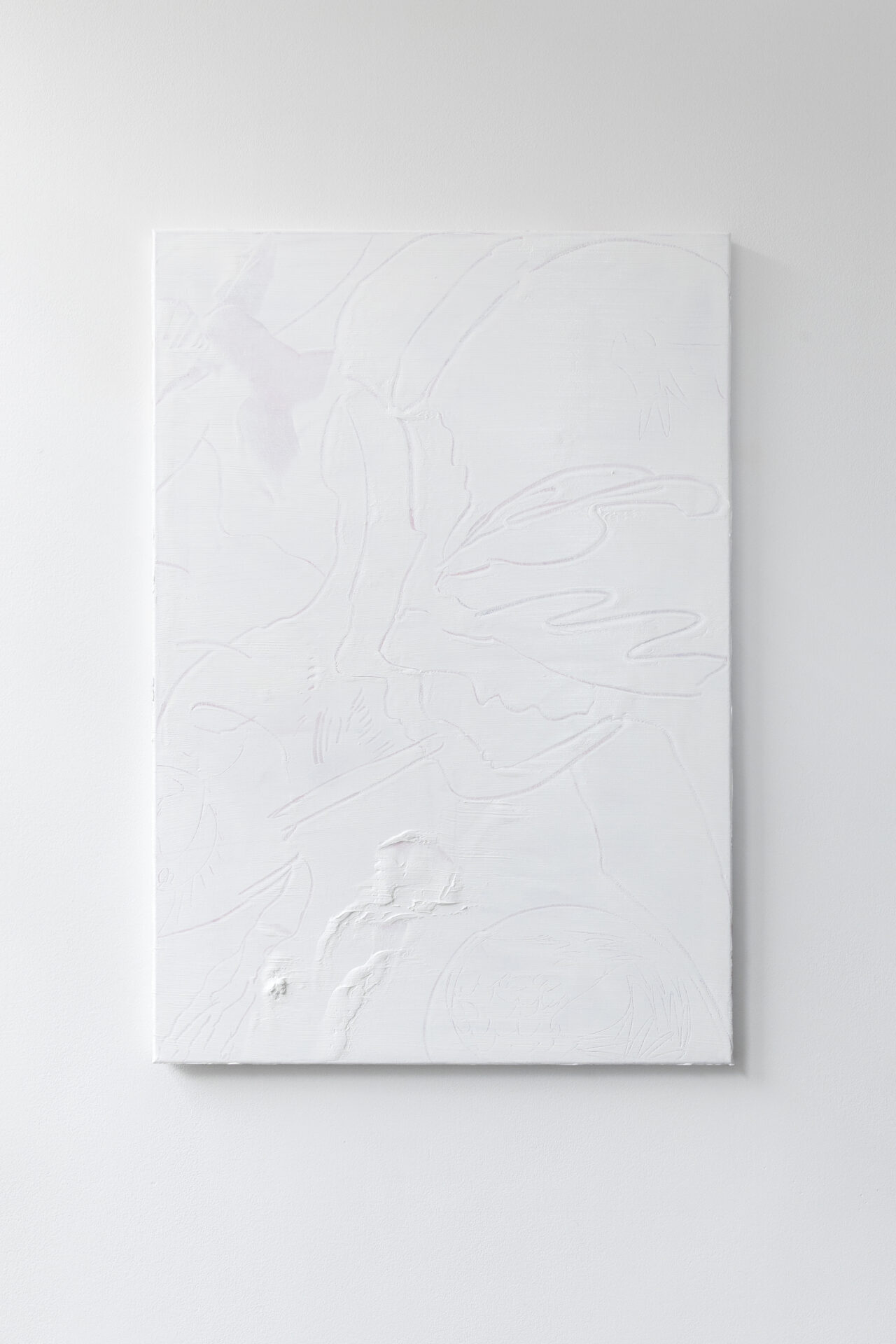 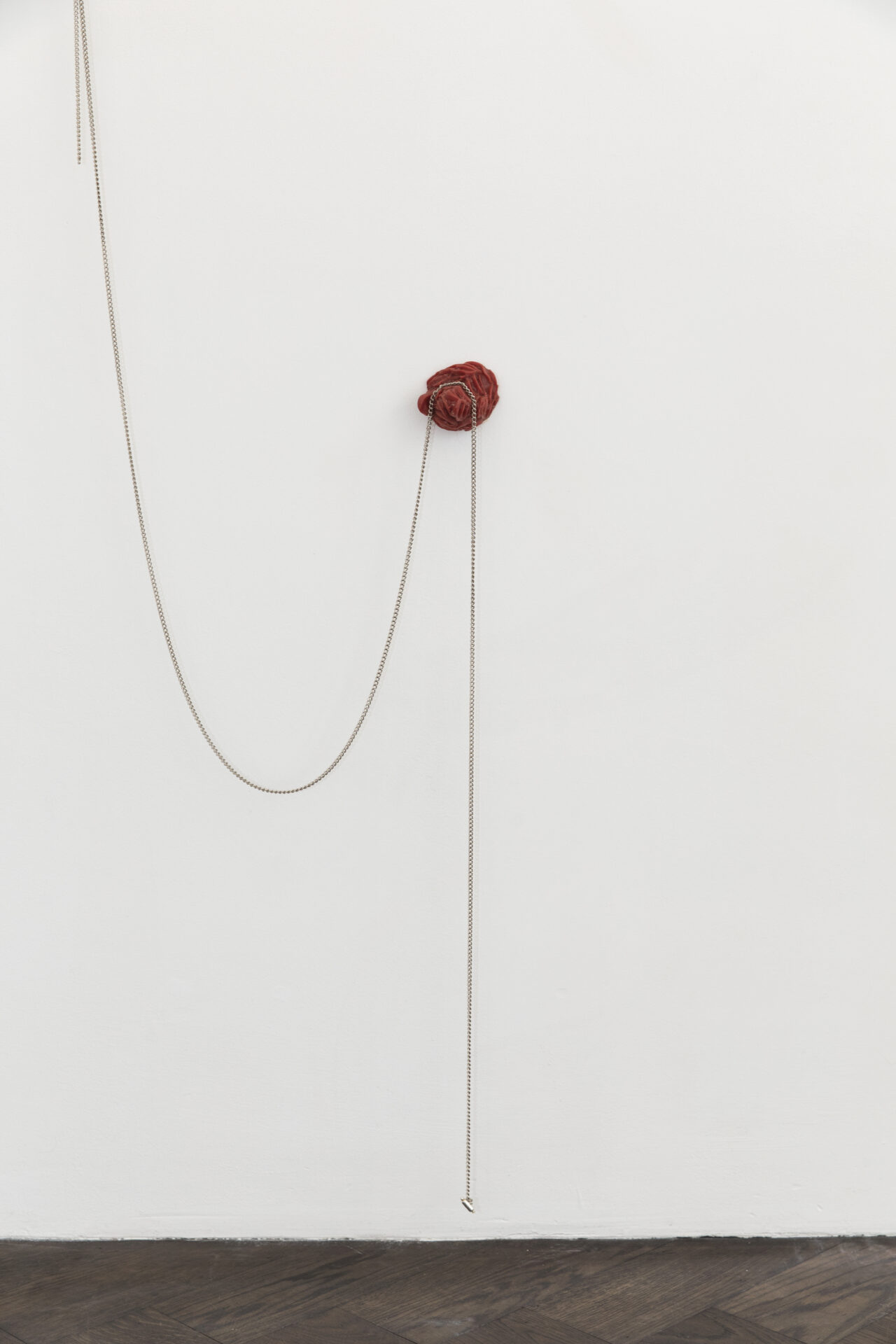 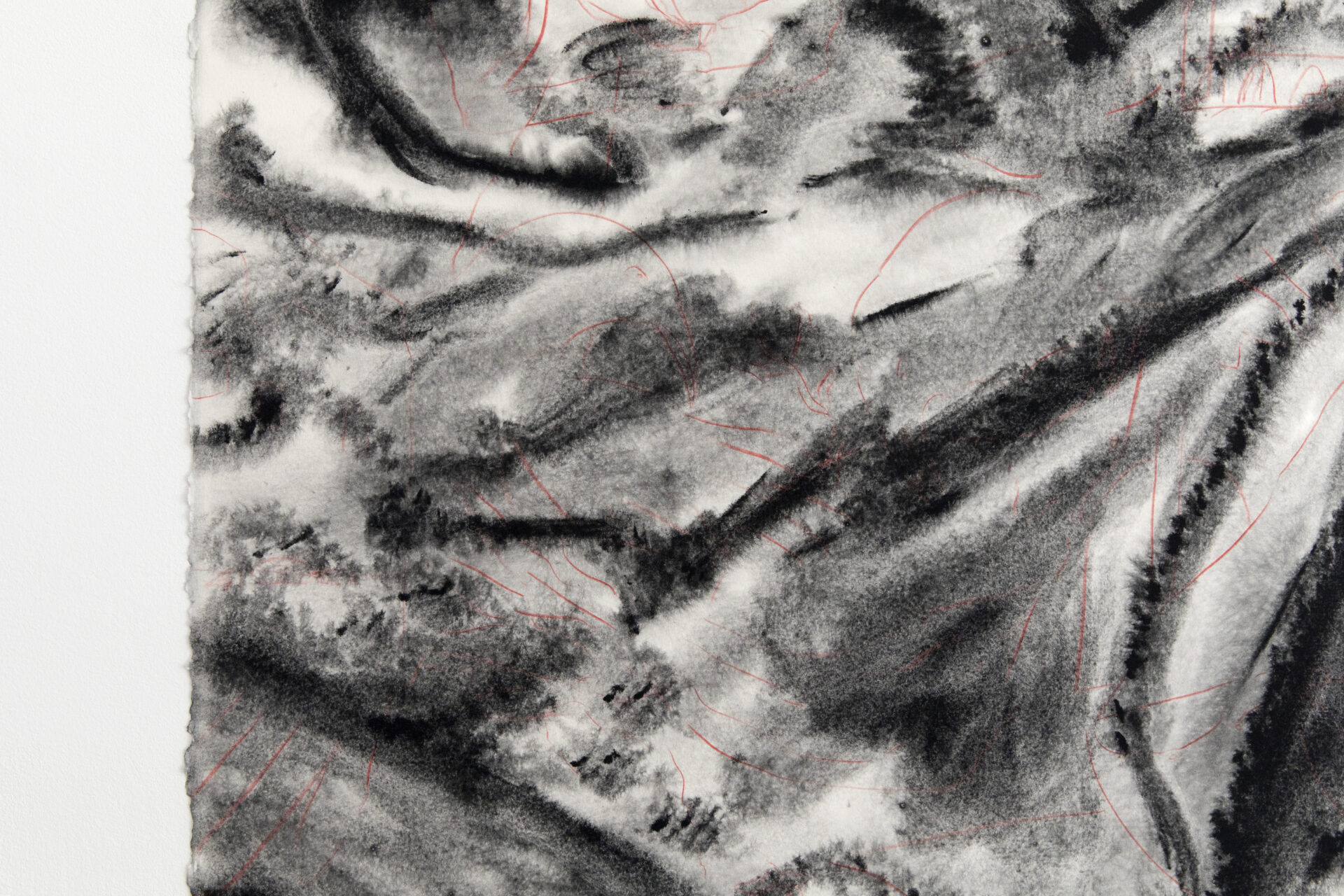 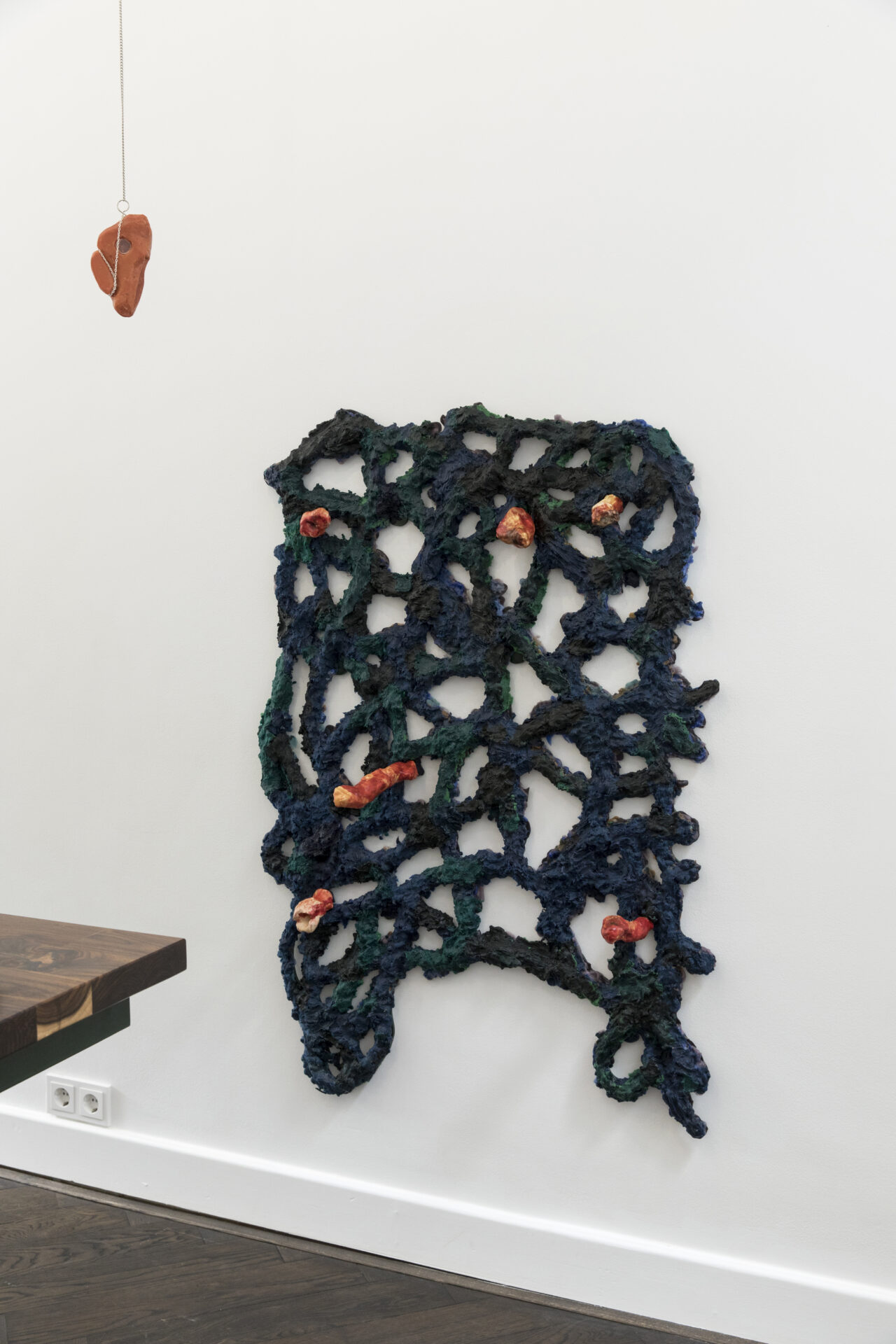 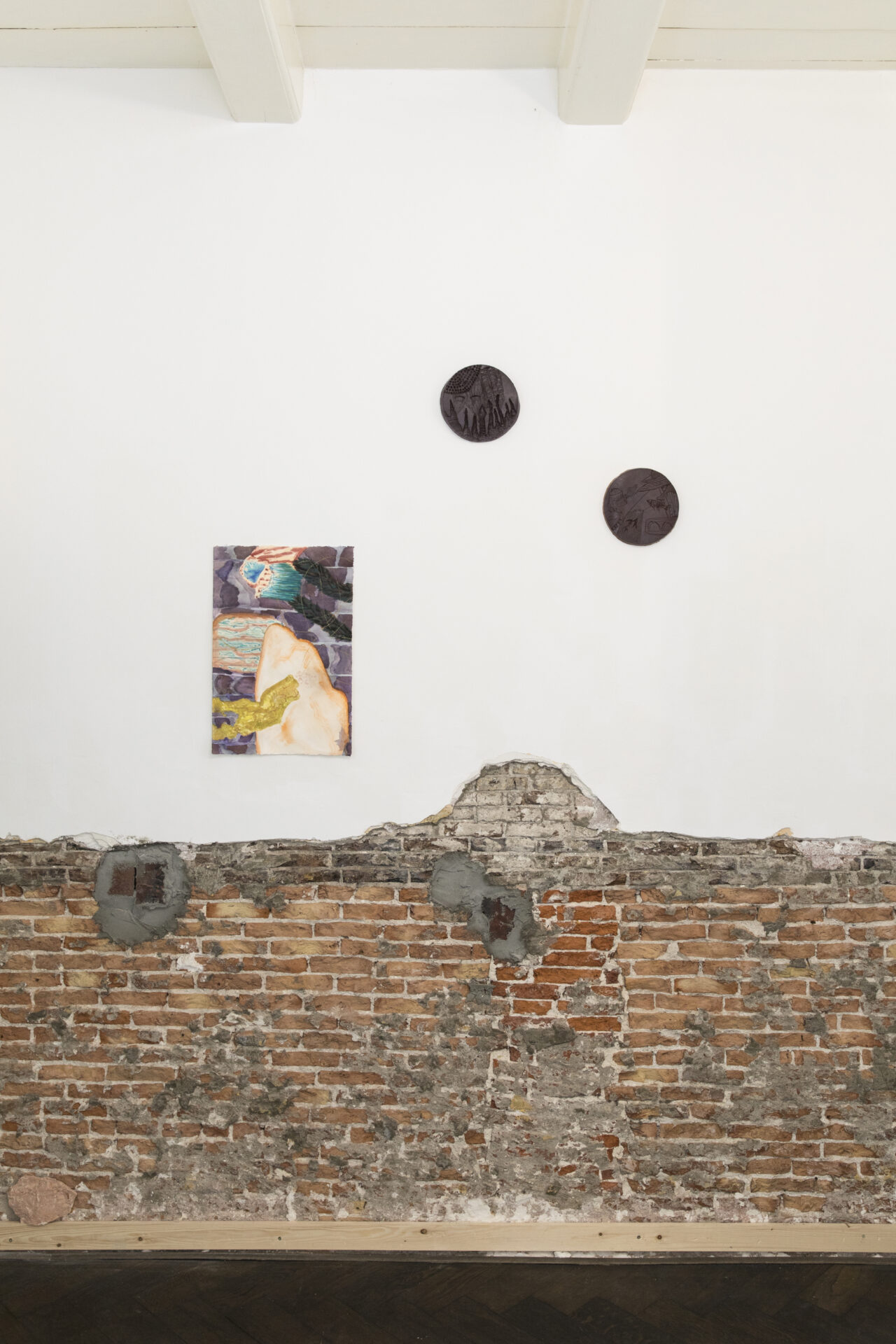 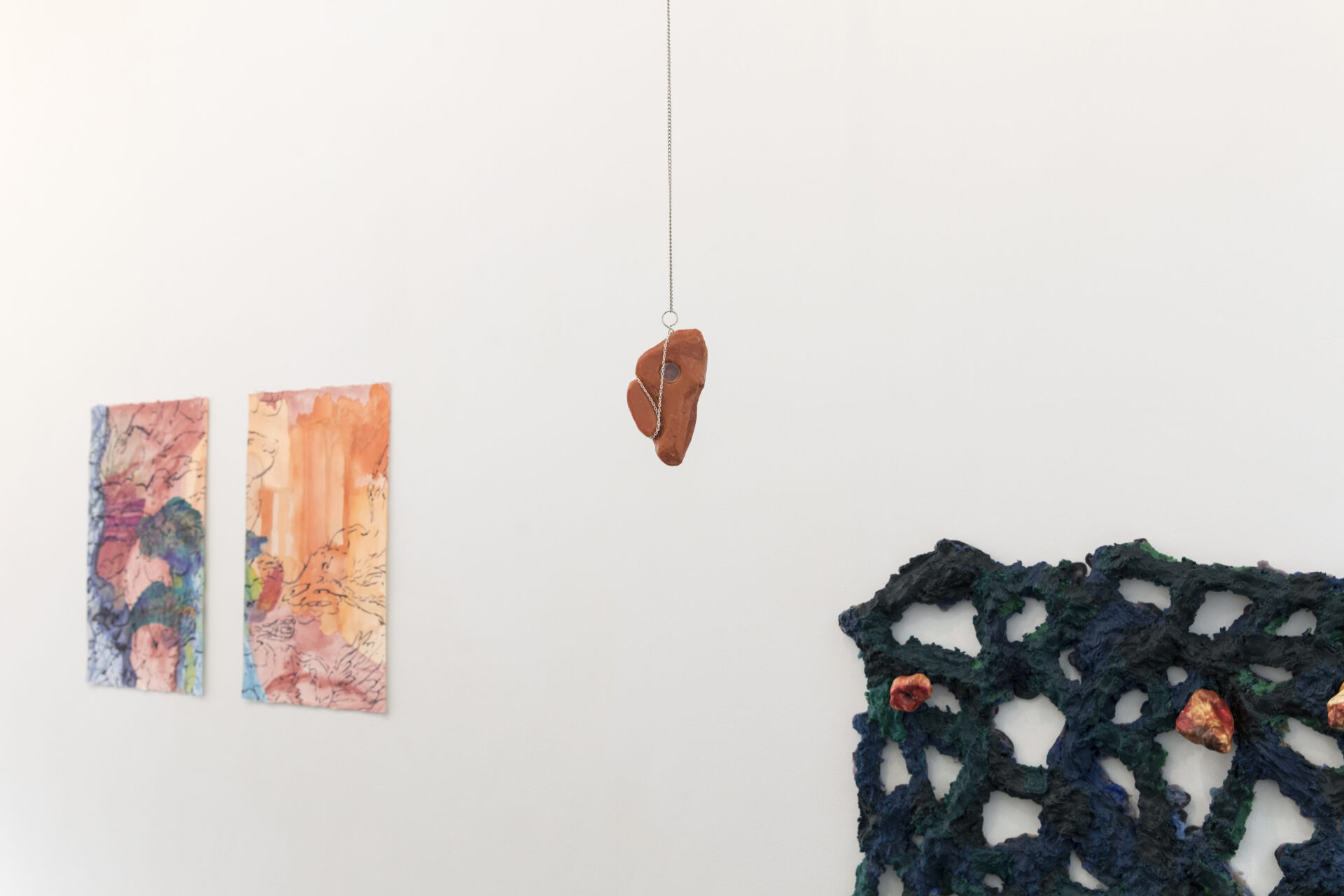 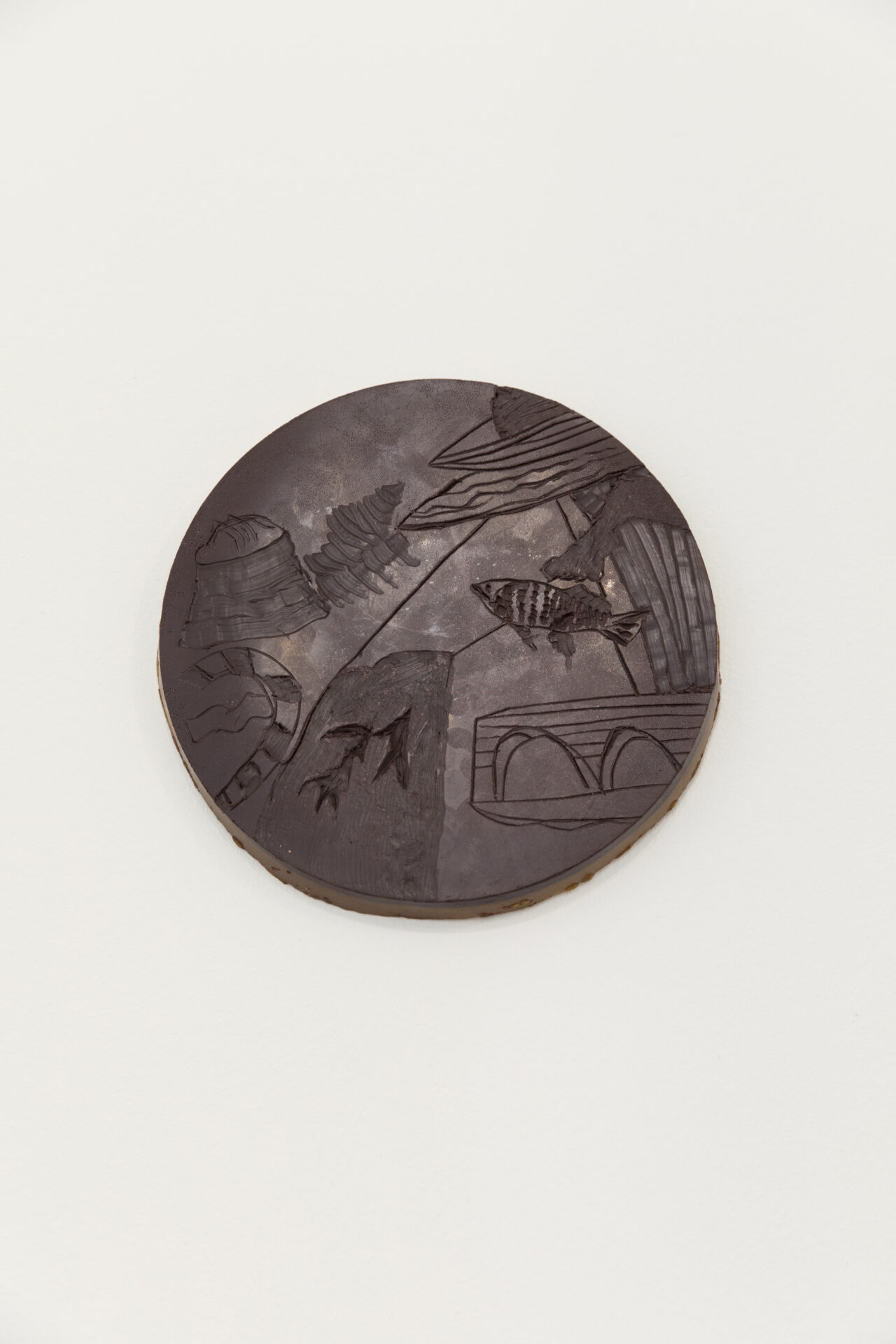 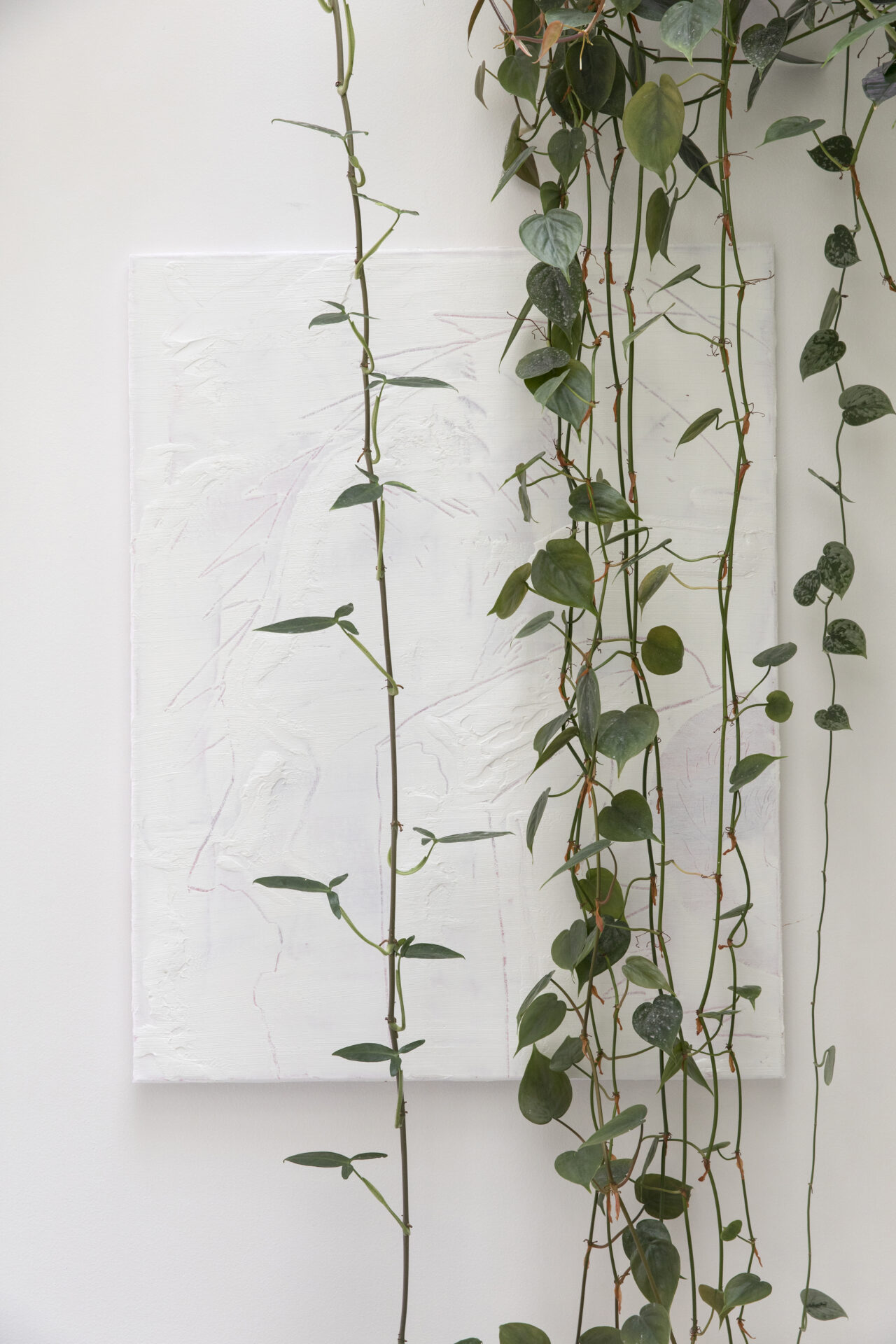 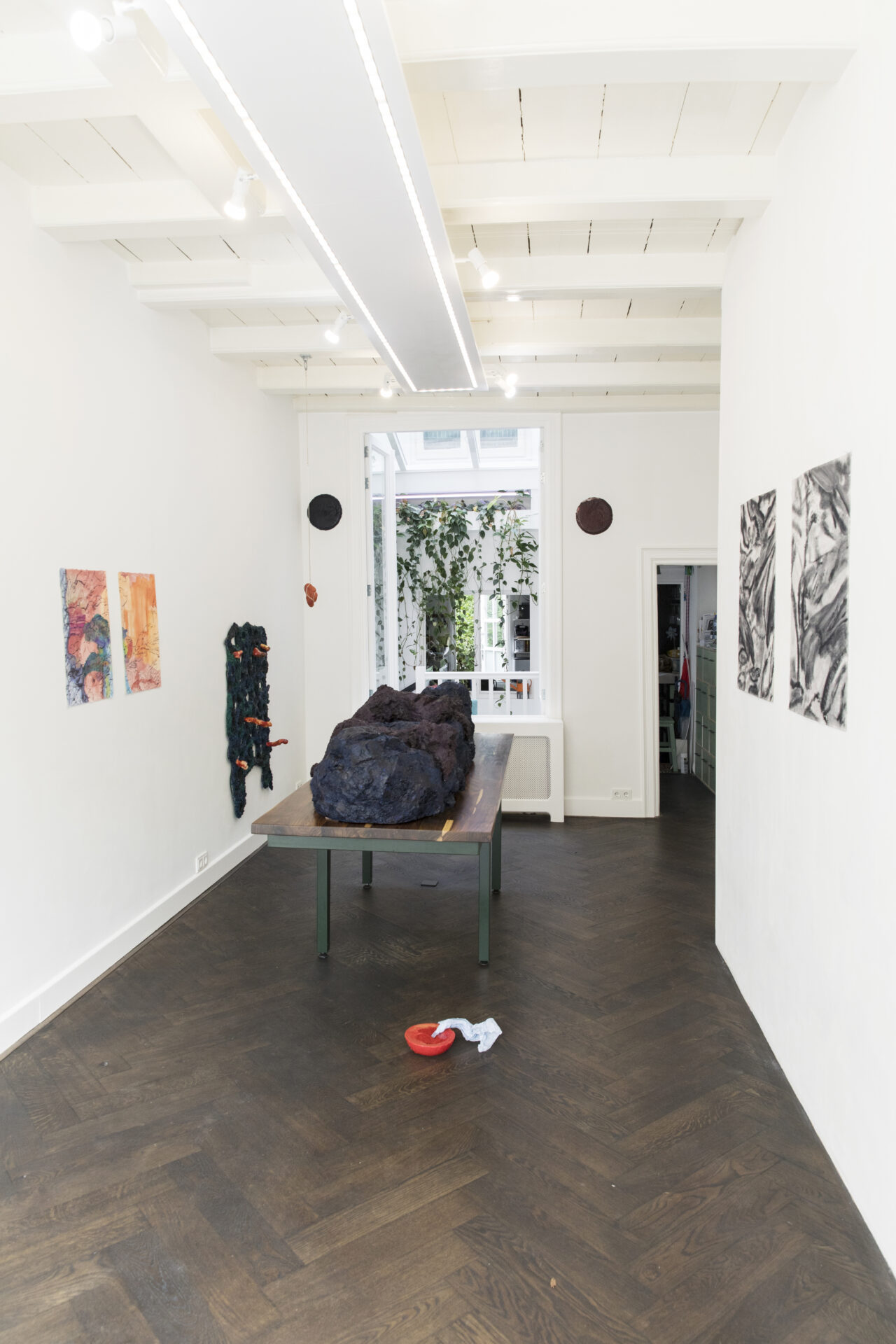 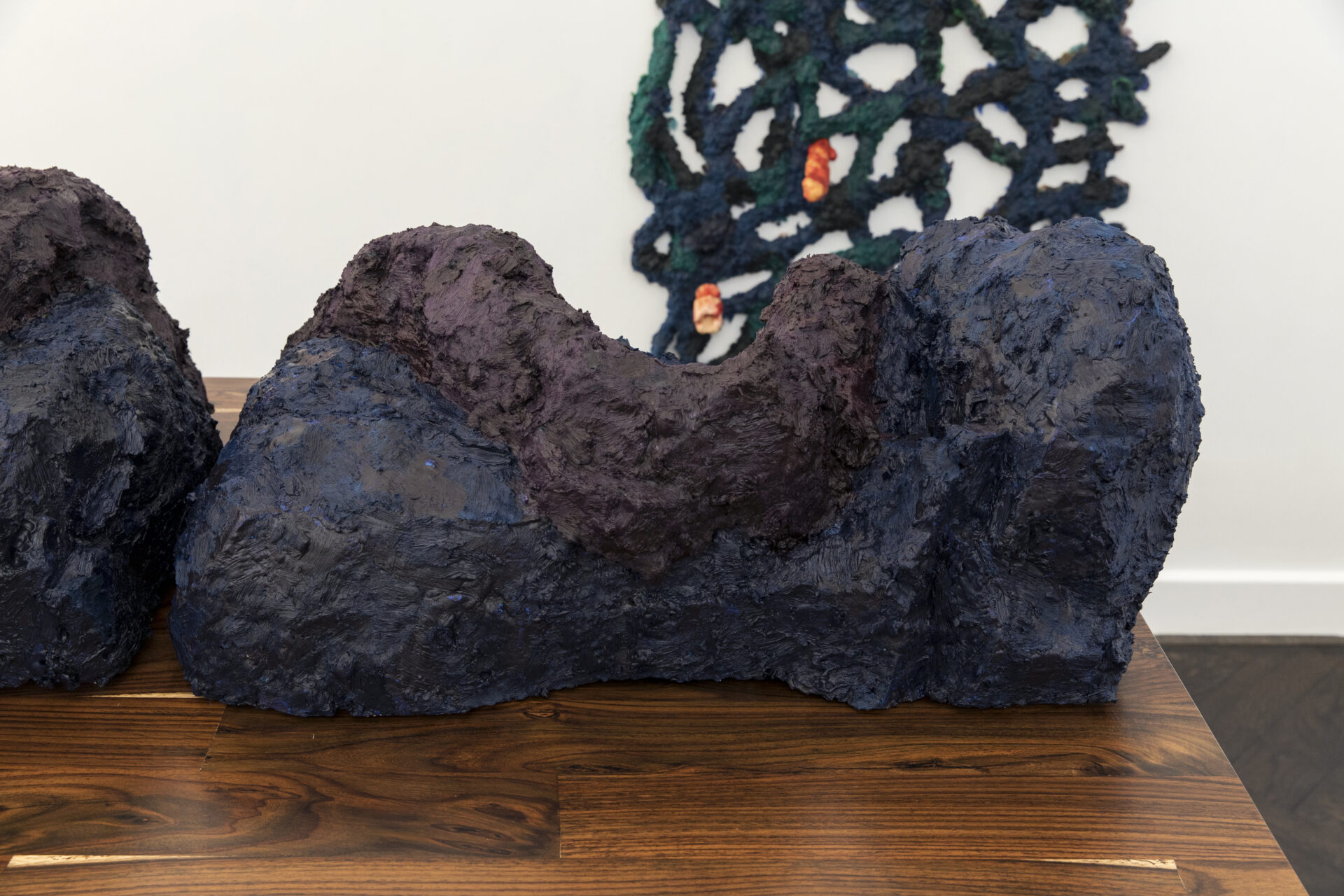 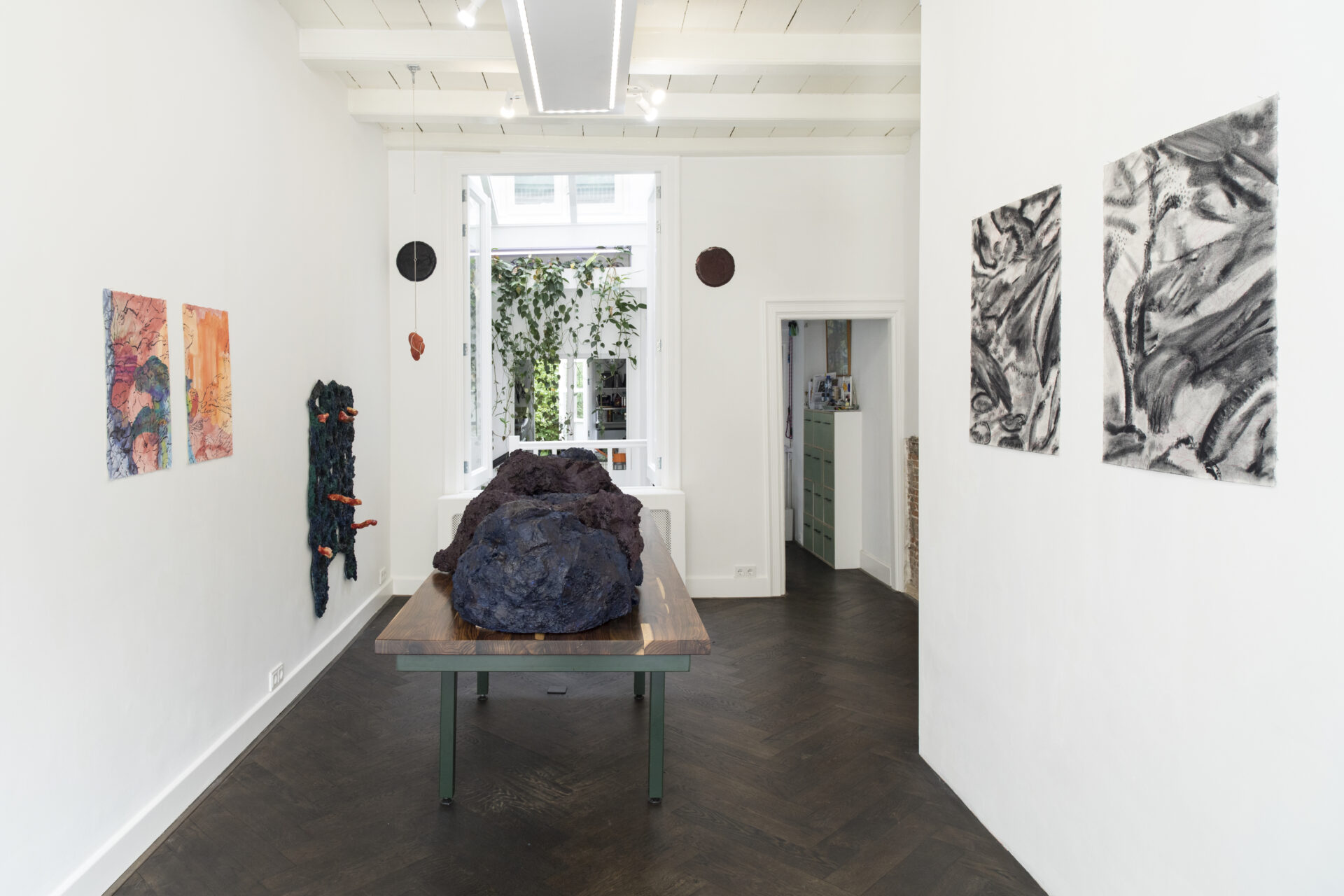 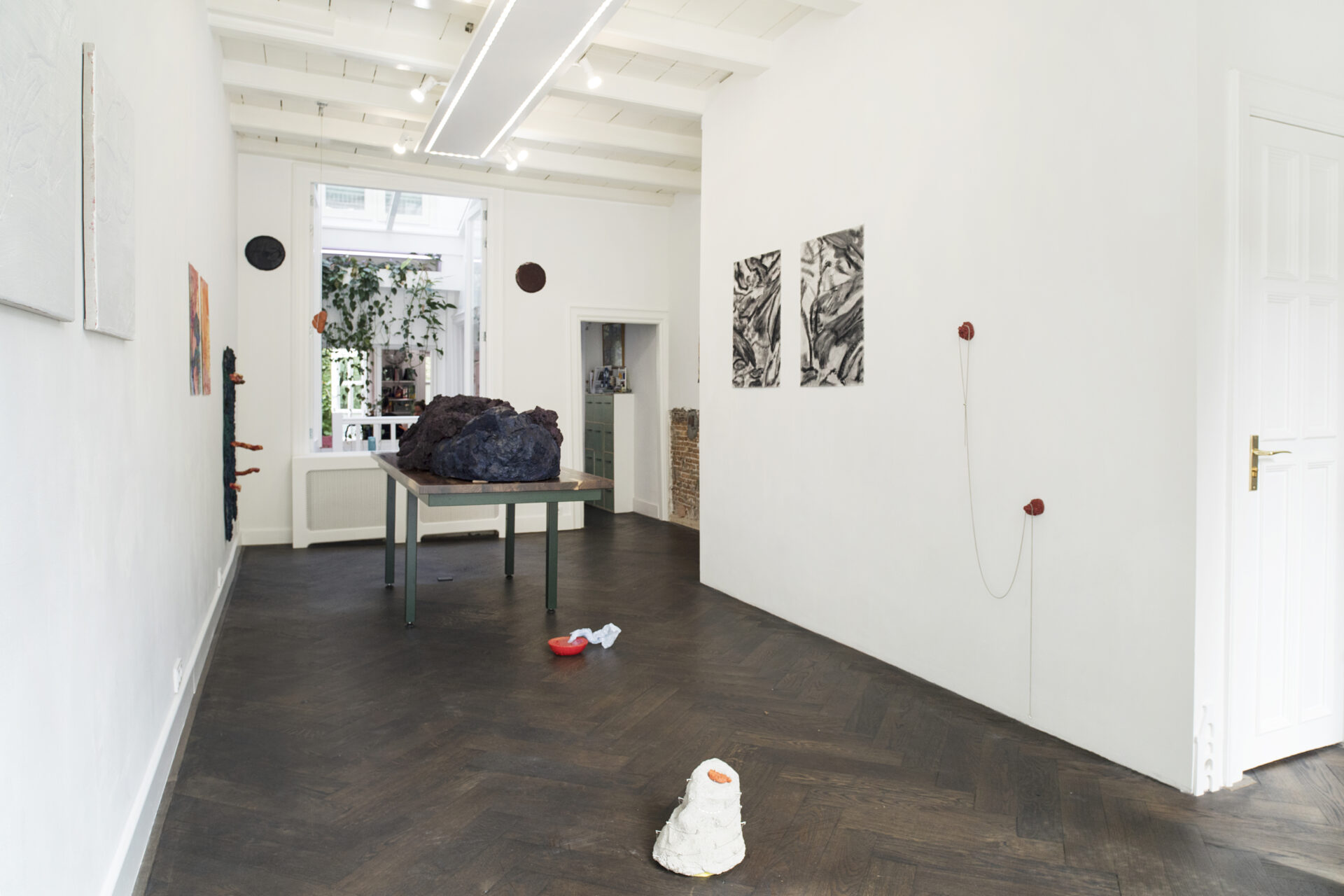 In a series of exhibitions curated by Àngels Miralda based on works of literature, Luce Irigaray’s Marine Lover (1981) serves as the base concept. The curator writes:

Literature can also be liquid based on its lunar rhythms and bifurcating paths. For Luce Irigaray, Marine Lover is a challenge to the reign of the sun as wisdom. Instead, she writes from the viewpoint of deep waters that keep their own time as tide and keep secrets hidden in the dark deep.

The natural sciences began as the quest of alchemy divided into four elements – earth, water, fire, and air. It was the pre-Socratic philosopher Thales who proposed that water was the origin of all things – that earth and air sat floating atop a great sea. He arrived at this conclusion by seeing wetness become air, slime, and earth. And indeed, seeds spring from moisture.

Abraham Kritzman and Violeta Paez have collaboratively produced a new body of work that references material transformation as well as imagery of alchemy. Using watercolour and wax, the production of these pieces follows the principle of shifting states of matter and the fluxes and flows of liquid paths. Alchemy produces codes of meaning in everyday things, and following this principle, Kritzman and Paez’s work uses the allegorical path of a sea-froth labyrinth to present an imaginative narrative of archetypal symbols.

„So remember the liquid ground. And taste the saliva in your mouth also – notice her familiar presence during your silence, how she is forgotten when you speak. Or again: how you stop speaking when you drink. And how necessary all of that is for you!” – Luce Irigaray, Marine Lover, 1981

Kritzman is the recipient of several awards and scholarships and has exhibited throughout Europe and Israel. His artworks exist in major foundations and institutions such as the Clore Duffield Foundation, London, and the Tel Aviv Museum of Art and Herzliya Museum of Contemporary Art. The artist was awarded The Minister of Culture Prize for Emerging Artists, The Hermann Struck Prize for printmaking, the Clore-Bezalel Scholarship for MA at the Royal College of Art, The Aileen Cooper Prize, The Excellence Award for Achievements from Bezalel Department of Fine Art and The History and Theory Excellence Award from Bezalel Academy.

Herzliya Museum, founded on a collection of old paintings donated by Herzliya resident Eugene da Villa in the early 1960s, was originally located in an apartment on 15 Bar Ilan Street in the city – and Da Villa also served as the museum’s first director. The museum’s current residence, designed by another Herzliya resident, Yaakov Rechter, together with Moshe Zarhy and Micha Peri, was opened to the public in 1975. The current director and chief curator of the museum, Dr. Aya Lurie, focuses on contemporary cultural and social issues, taking a wide view of artistic discourse and opening it up to dialogue with other fields.

Violeta Paez Armando is an artist from Córdoba, Argentina, who currently lives and works in Amsterdam. Her practice combines sculpture, writing, and theory. Paez’s work critically engages with sci-fi narratives, and ideas of monstrosity informed by queer and decolonial discourses, in order to explores questions around permeability and malleability. She has recently graduated from the Sandberg Instituut in Amsterdam and has gone on to several residencies and exhibitions.

In 2021, PuntWG, Amsterdam, Netherlands, presented Violeta Paez Armando: Love Revealed, or How to Keep All This Warmth at Bay, the final culmination of a 3-month residency at airWG supported by the Mondriaan Fonds. Event-based work has been presented at P////AKT in the context of a solo exhibition by June Crespo, at De Appel, and the Sandberg final exhibition at Het Hem, Zaandam. She is a co-founder and organizer of softcore reading together with Al Primrose which meets regularly in Amsterdam.