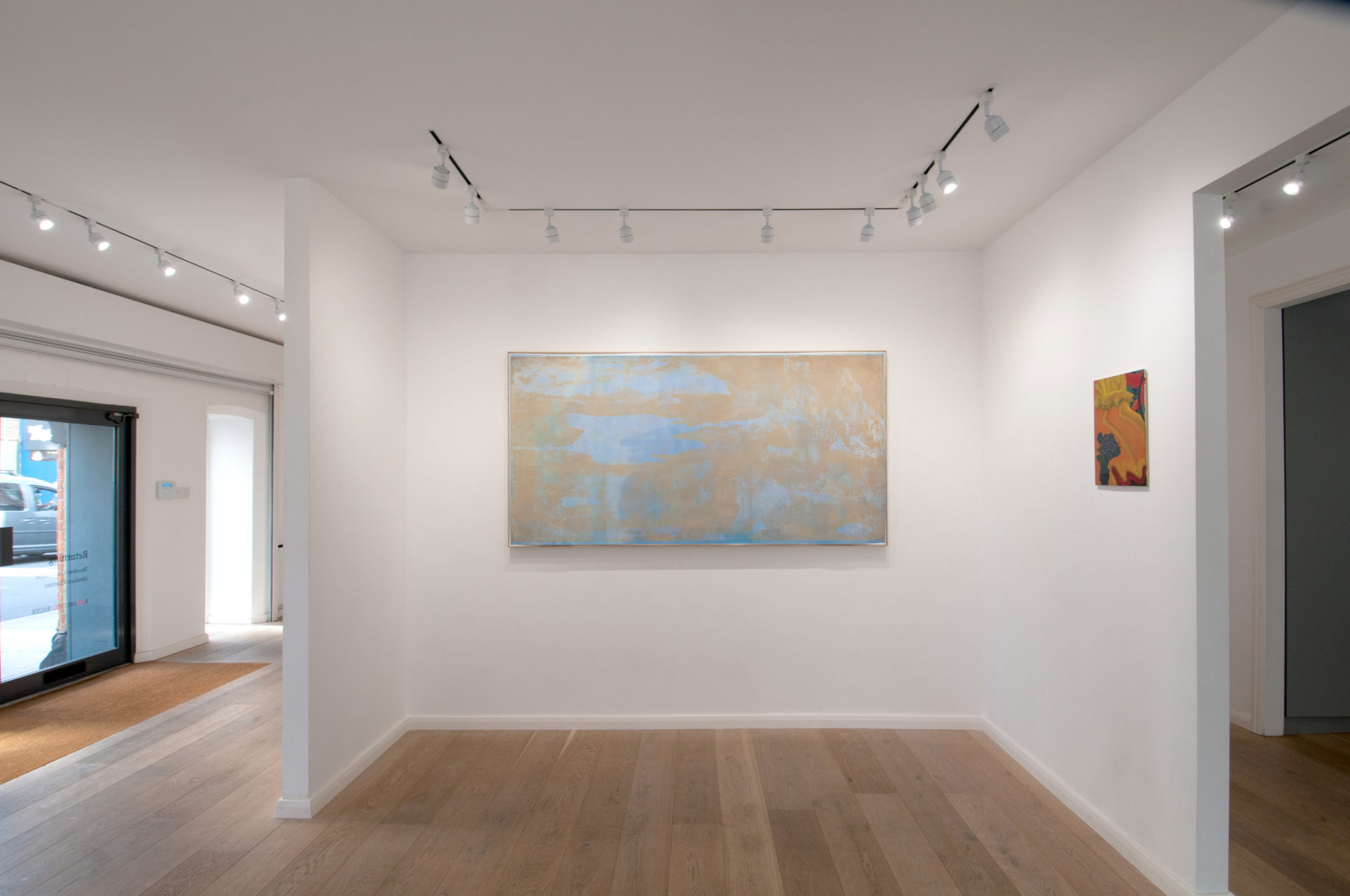 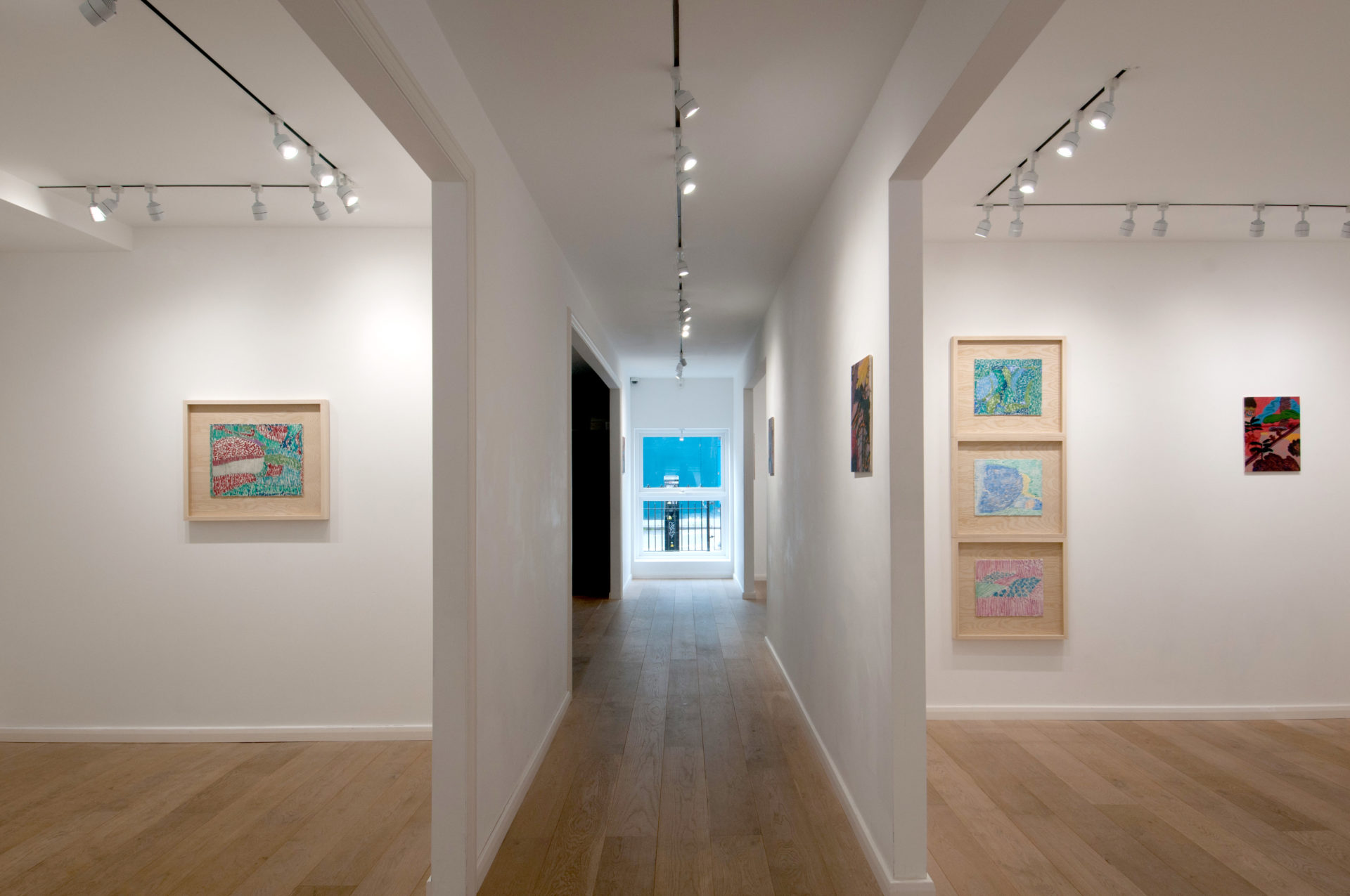 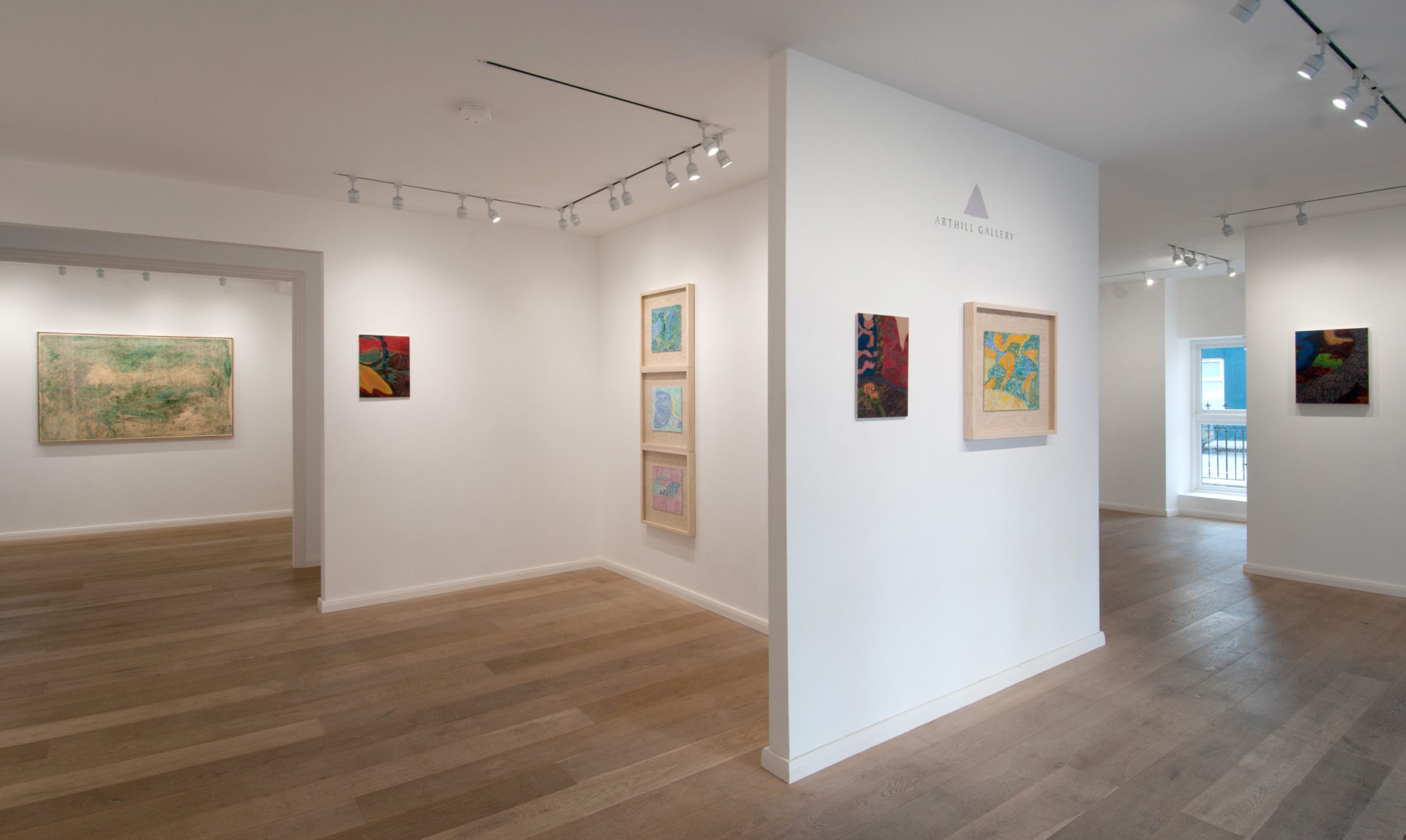 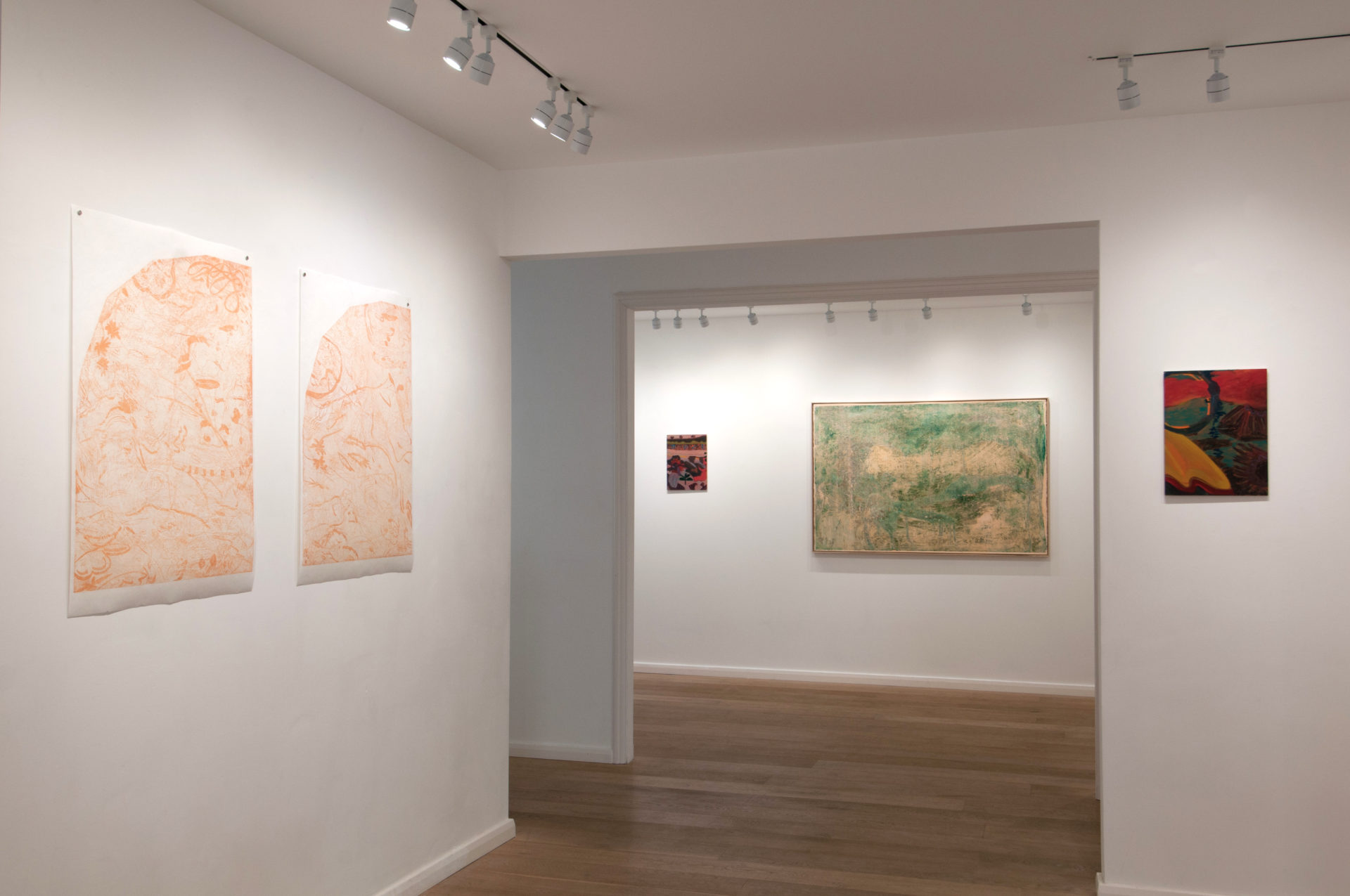 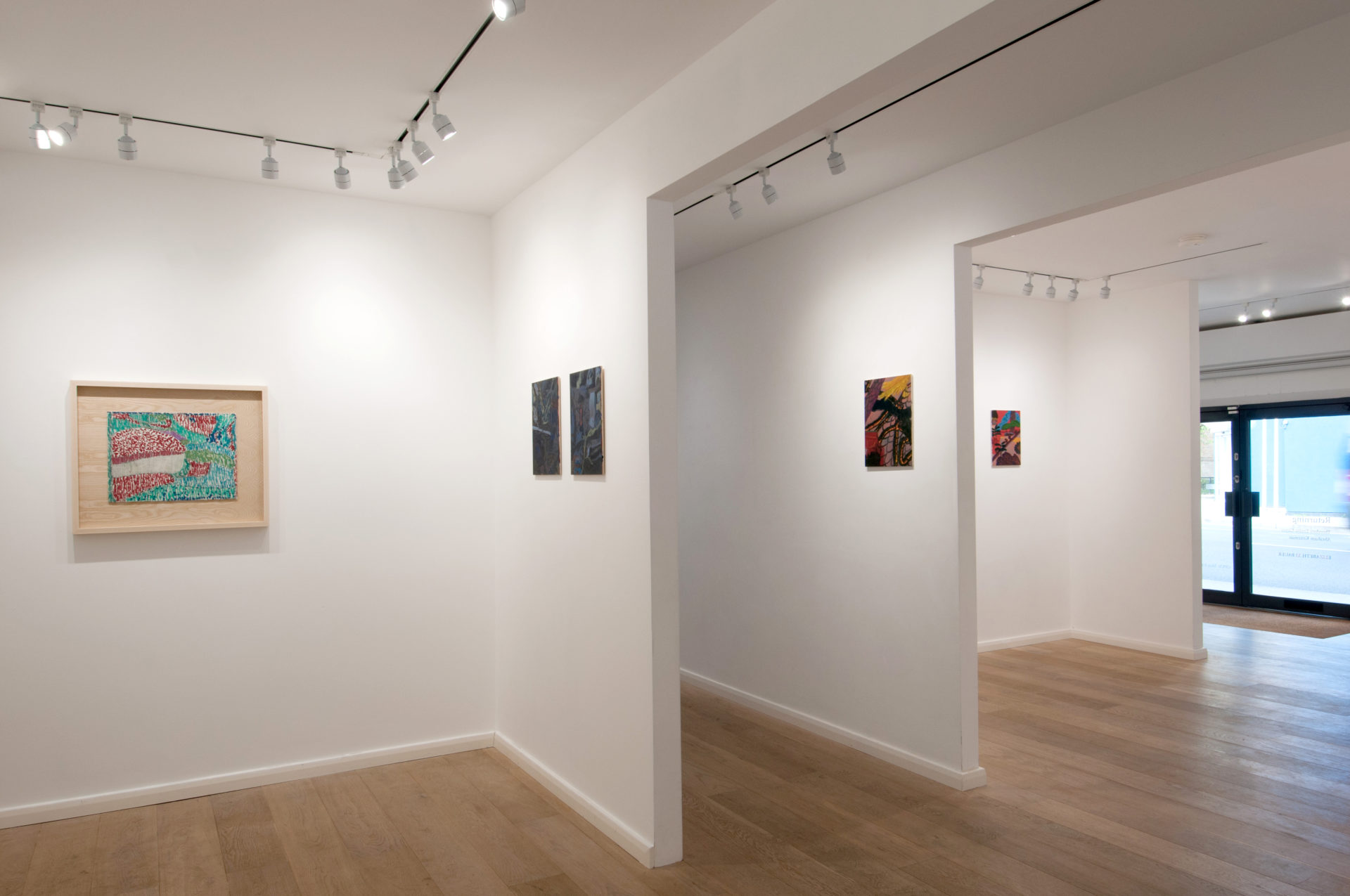 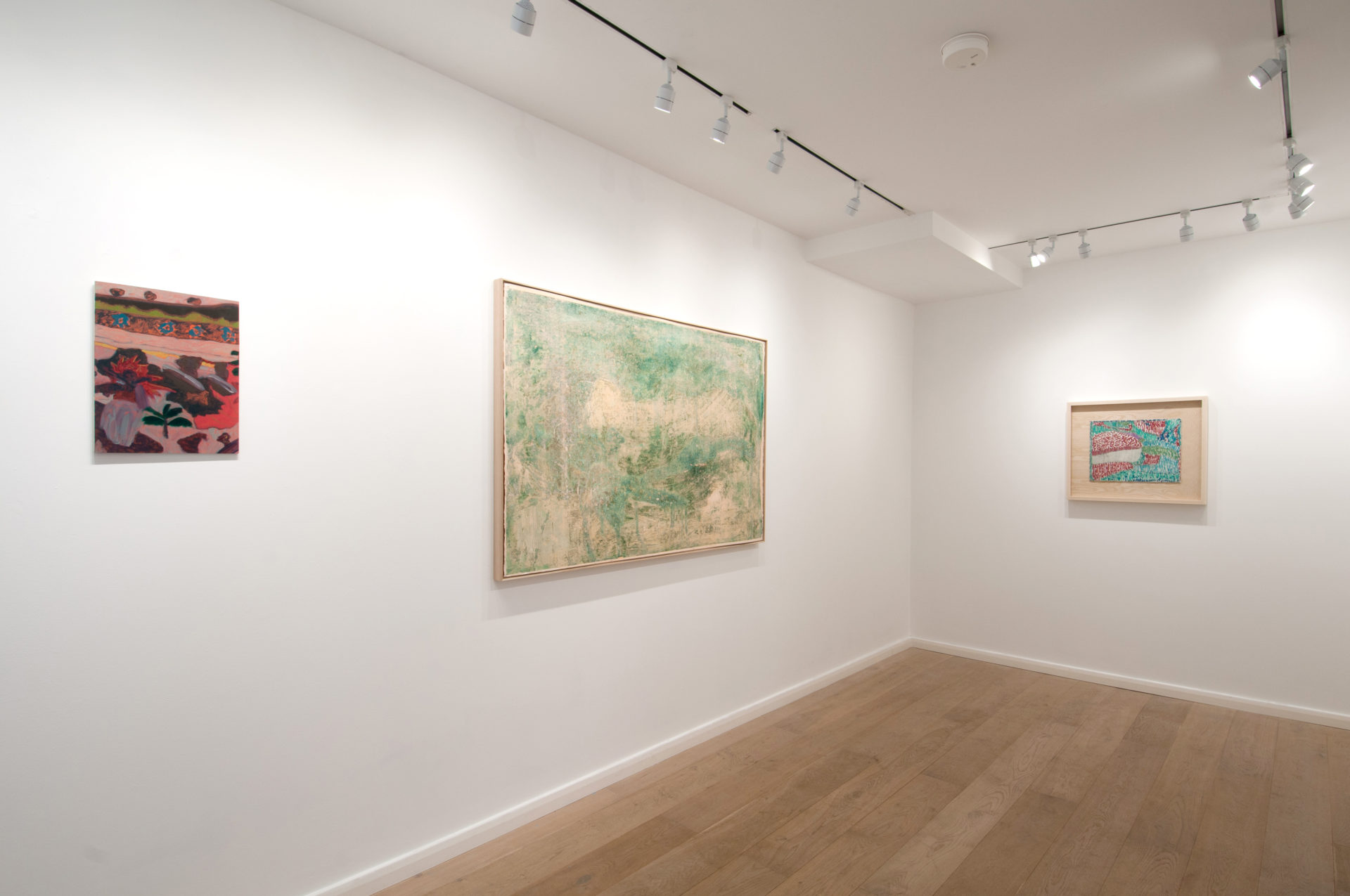 This exhibition is about returning to place. This is not a complete journey. Rather, it marks a start by asking how we return to place and at what point we begin to do so. Artists Theodore Ereira-Guyer and Abraham Kritzman make work that engages with specific locations that enmesh personal history, memory, myth and sensory experience. Kritzman’s paintings and Ereira-Guyer’s prints took the artists back to their ancestral lands and to the potential for a re-creation of these places. In conversations ahead of the exhibition it became apparent that place, in tension with geography and imagination, could become the ‘common ground’ between their practices.

The French philosopher and mystic Simone Weil wrote that ‘the world is a text containing several meanings, and we pass from one meaning to another by an effort – an effort in which the body always participates’. Weil described bodily perceptions as being as meaningful as the matter of reality itself. Viewed through this lens and considering the artists’ production, place contains several affective, symbolic and embodied layers. The pieces on show seem to express the effort in making sense of these multiple entanglements through the idiosyncrasies of painting and printmaking.

Abraham Kritzman presents a series of oil paintings on wood panels and canvas, inspired by his visit to the city of Piatra Neamț in Romania in 2015, alongside woodcuts that reimagine the biblical figure of Nimrod. His artworks are fragments pointing at the impossibility of ever achieving a comprehensive picture. Yet their nuances recur and repeat over separate surfaces. Traces and intuitions are never dropped and instead emerge transformed elsewhere, in a way that resembles how memories and impressions superimpose on place.

Theodore Ereira-Guyer’s etchings evoke multifarious configurations of both familiar places in Portugal and landscapes unknown to the artist, simultaneously conveying his manipulation of and longing for these locations. There is a tension shifting along his porous surfaces, which at times seems to pierce the paper. The blurry quality resulting from the printing process characterises the entrance into a scene which is alluded to but not clearly defined. Place seems to come onto the printing plate as inexhaustible potential rather than an image, or a definition, that can be owned.

In the book accompanying this exhibition writers Lucy Biddle, Giulia Damiani and Nicholas Usherwood take the imagery of the show further and into their practices. Their reflections, at once evocative and elaborate, sit alongside new artworks by the artists.

Places make continuous and reversible time available to us; they condense history but they also trigger alternative narratives. This shared perception was another territory of convergence in the preparation for this exhibition. Philosopher Michel Serres said that dynamism shapes the route from the present to history; and this dynamism, the folding and unfolding of time, could be made sense of by looking at geographical coastlines or the fringe of a mass of clouds. We hope our bodies and gazes will return there. 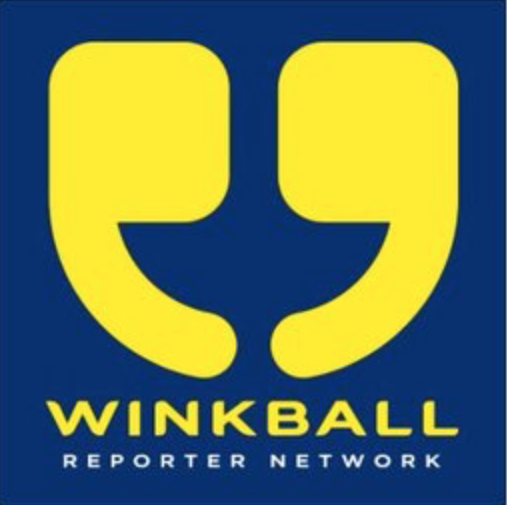