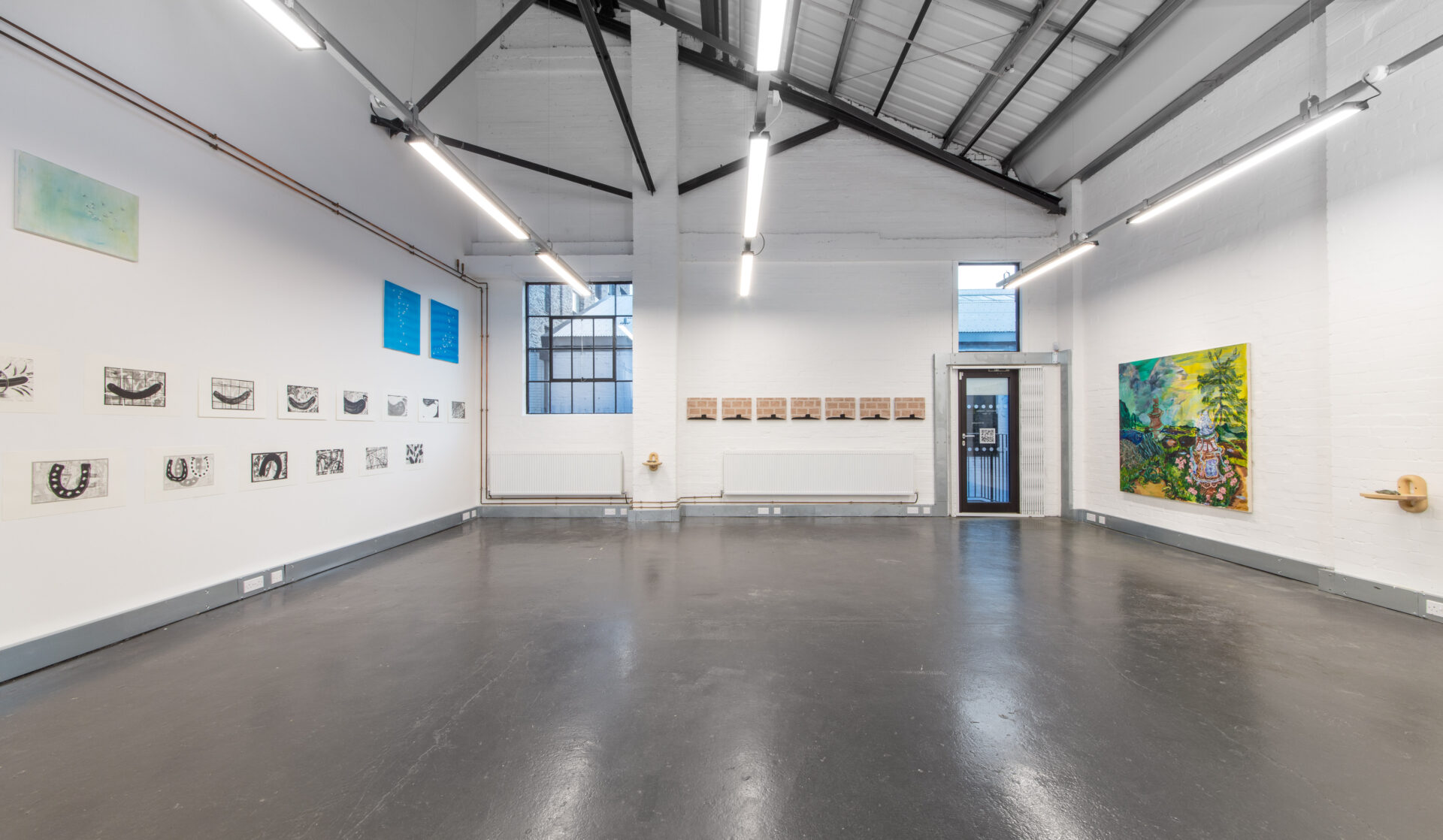 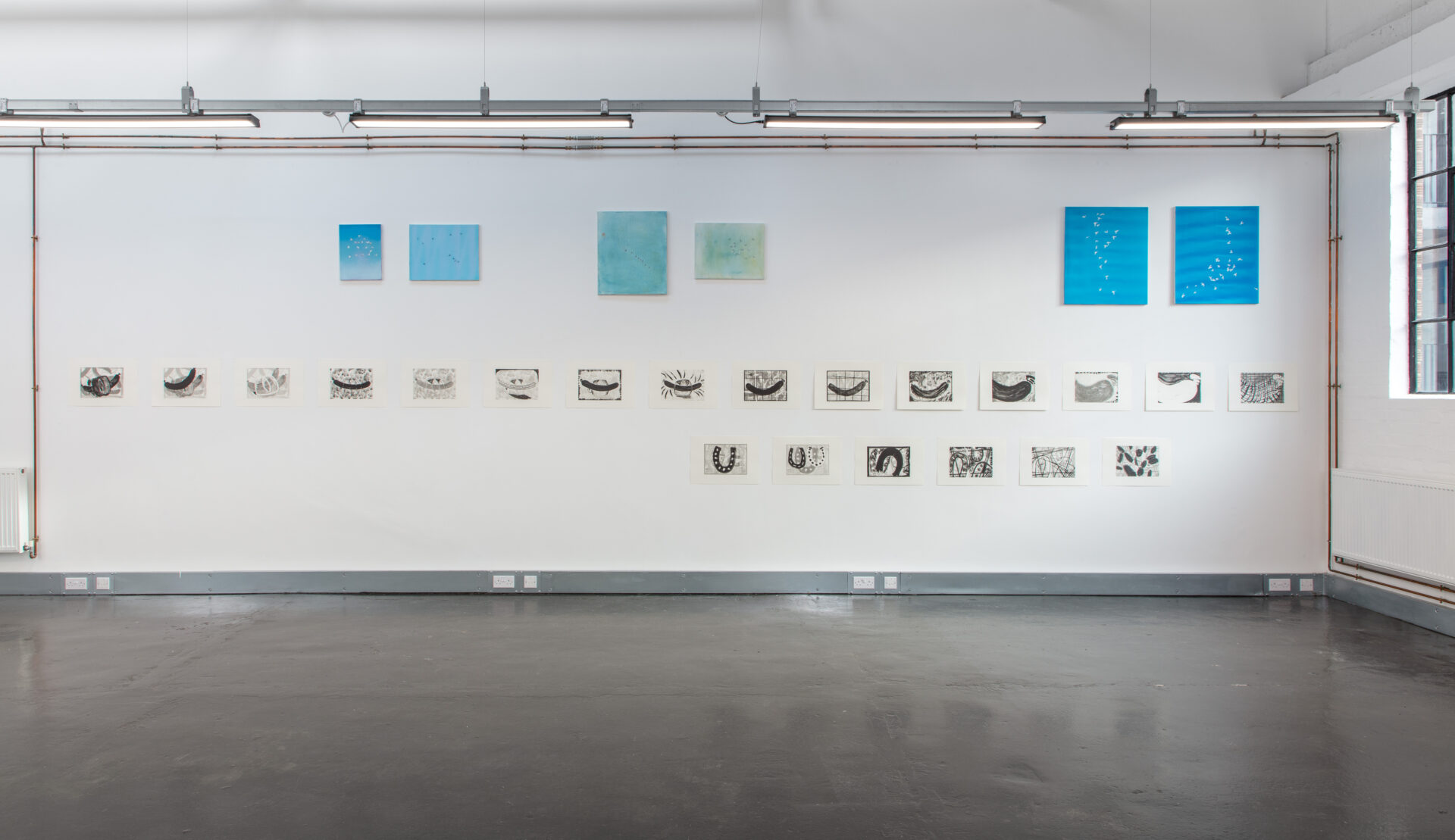 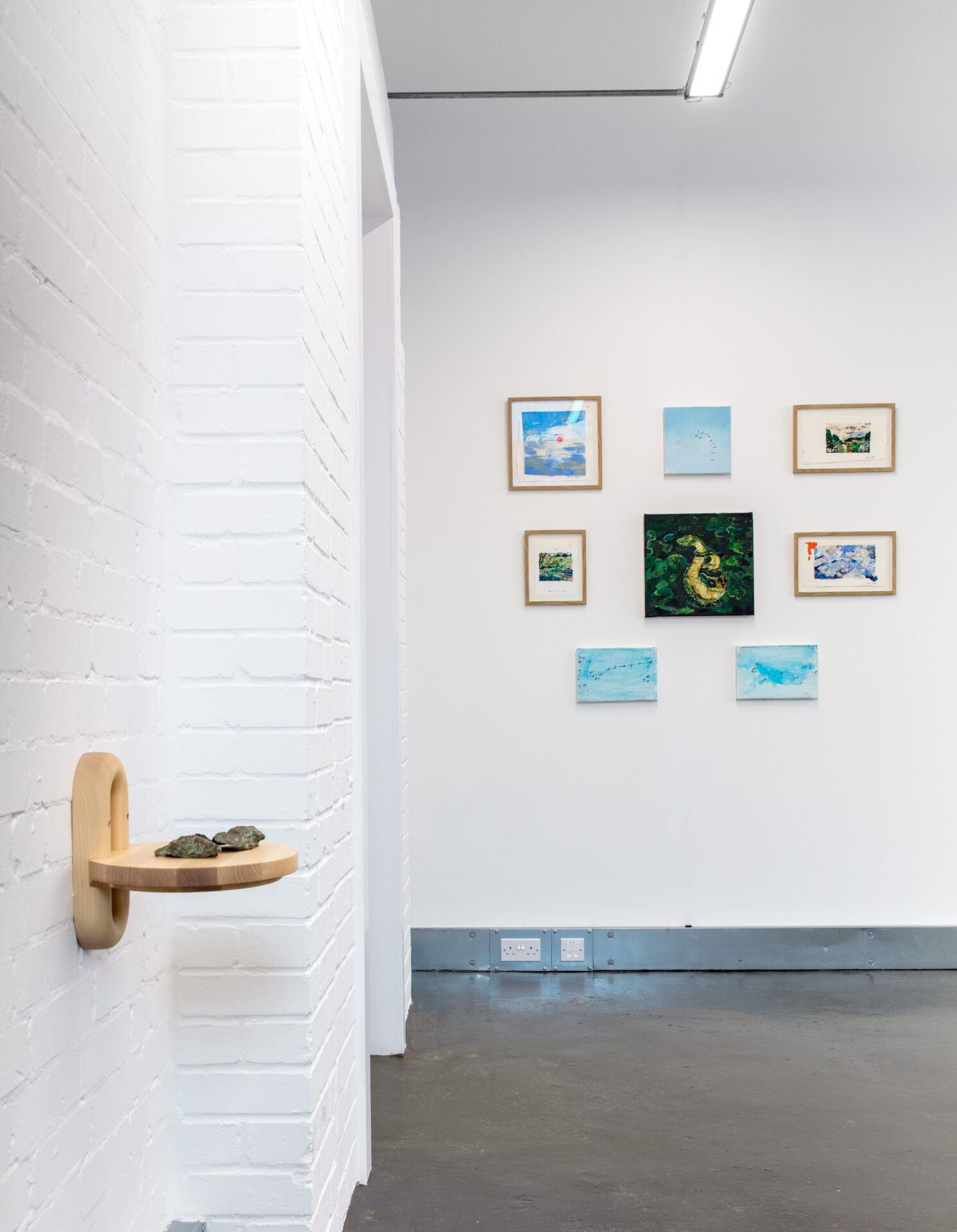 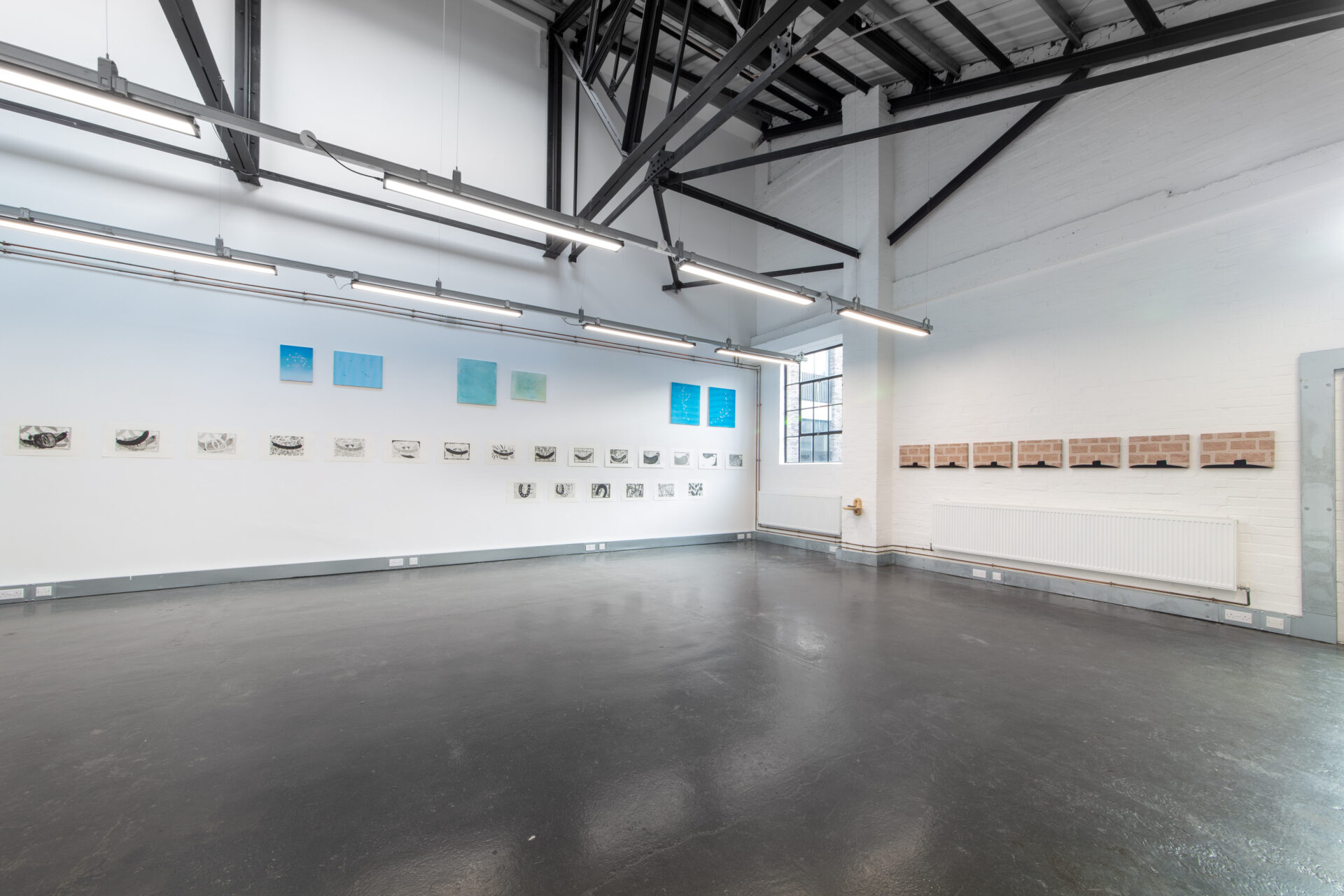 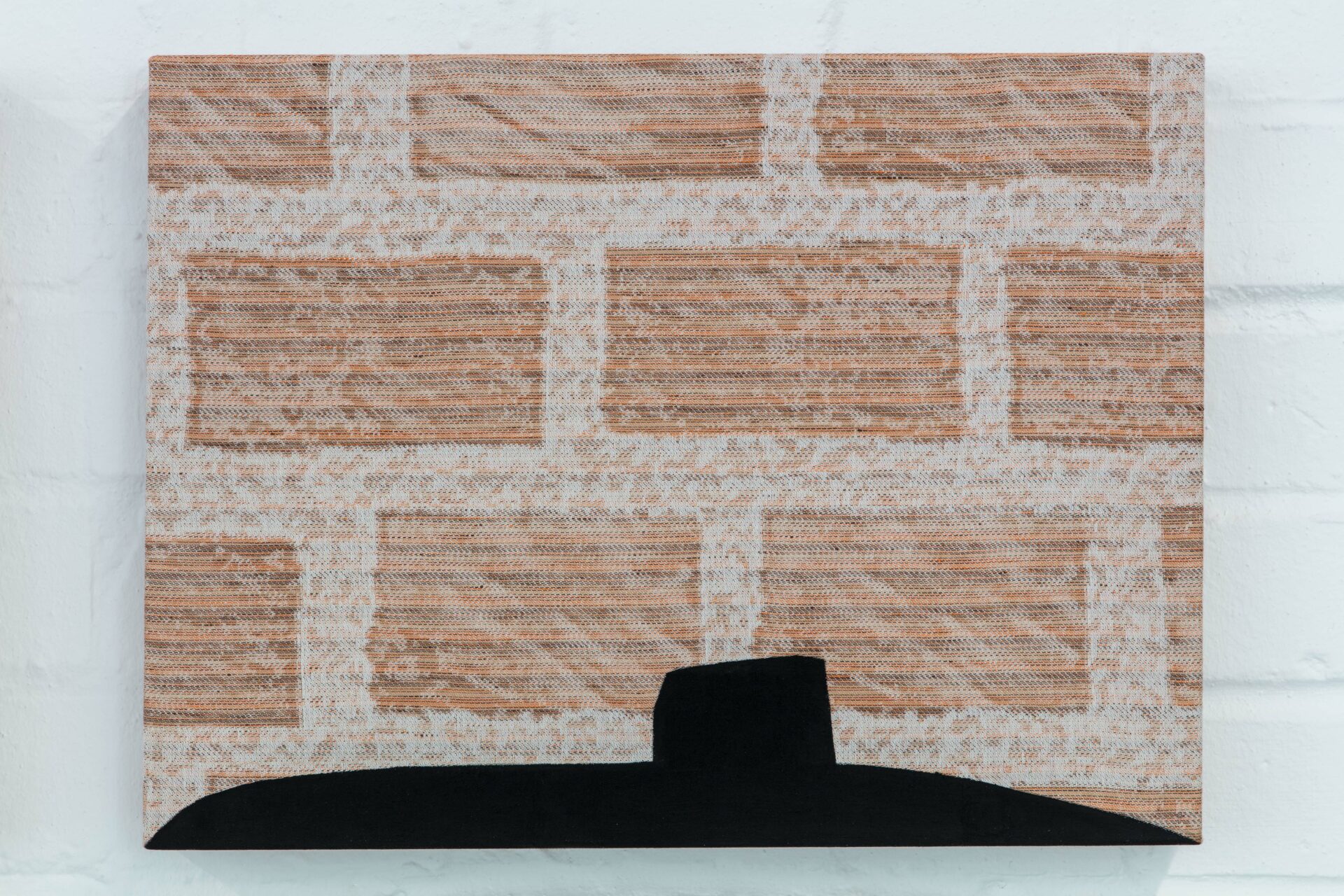 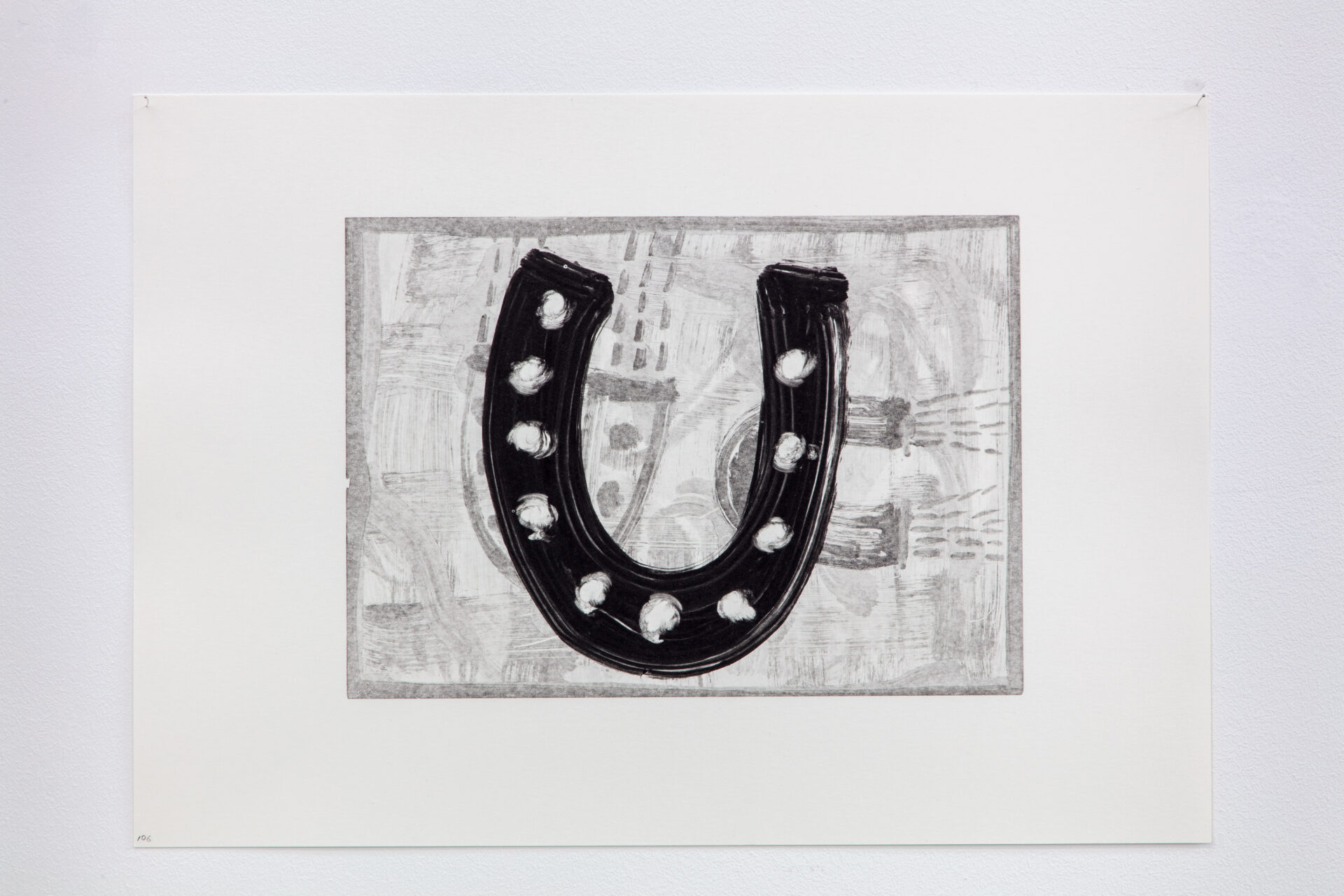 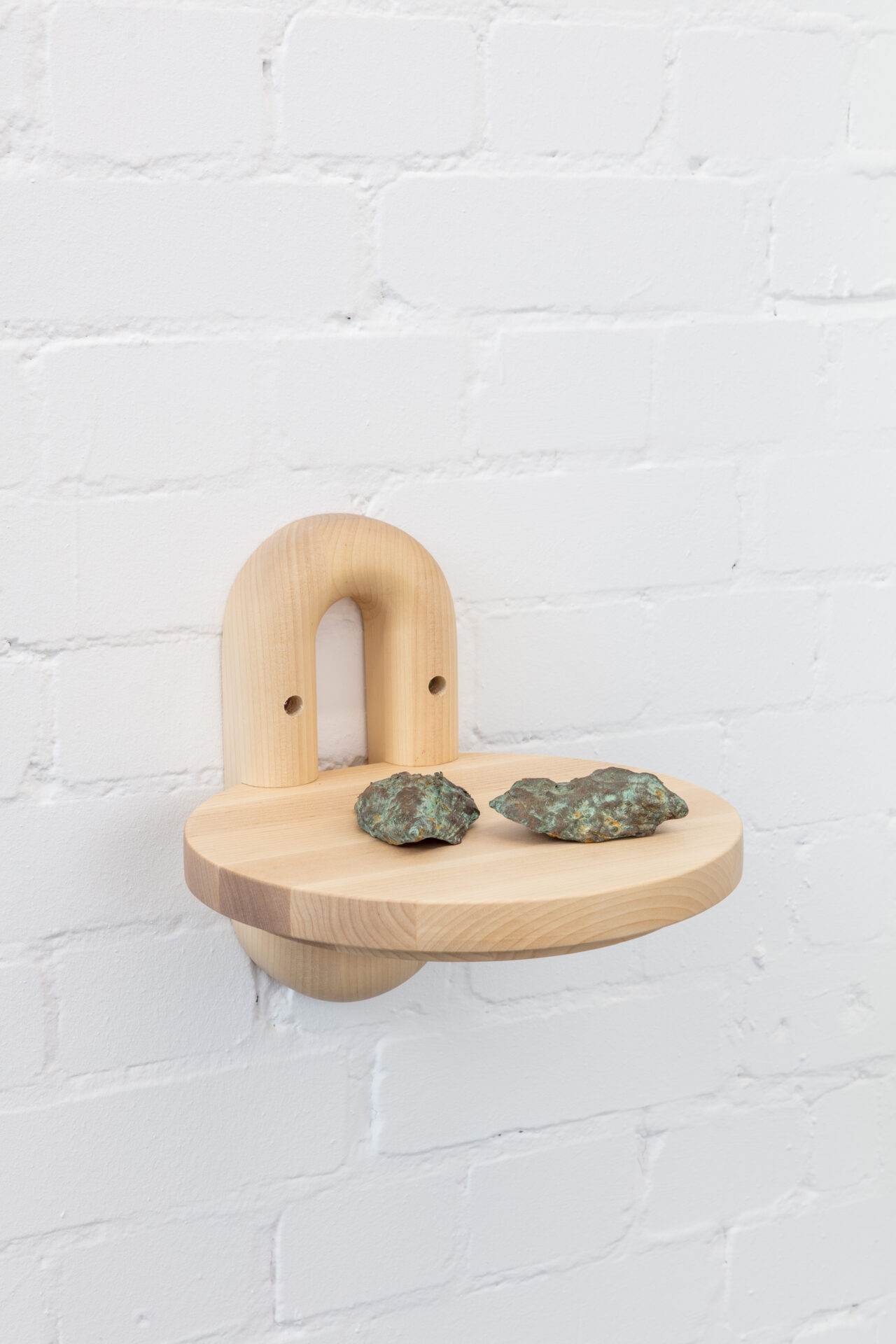 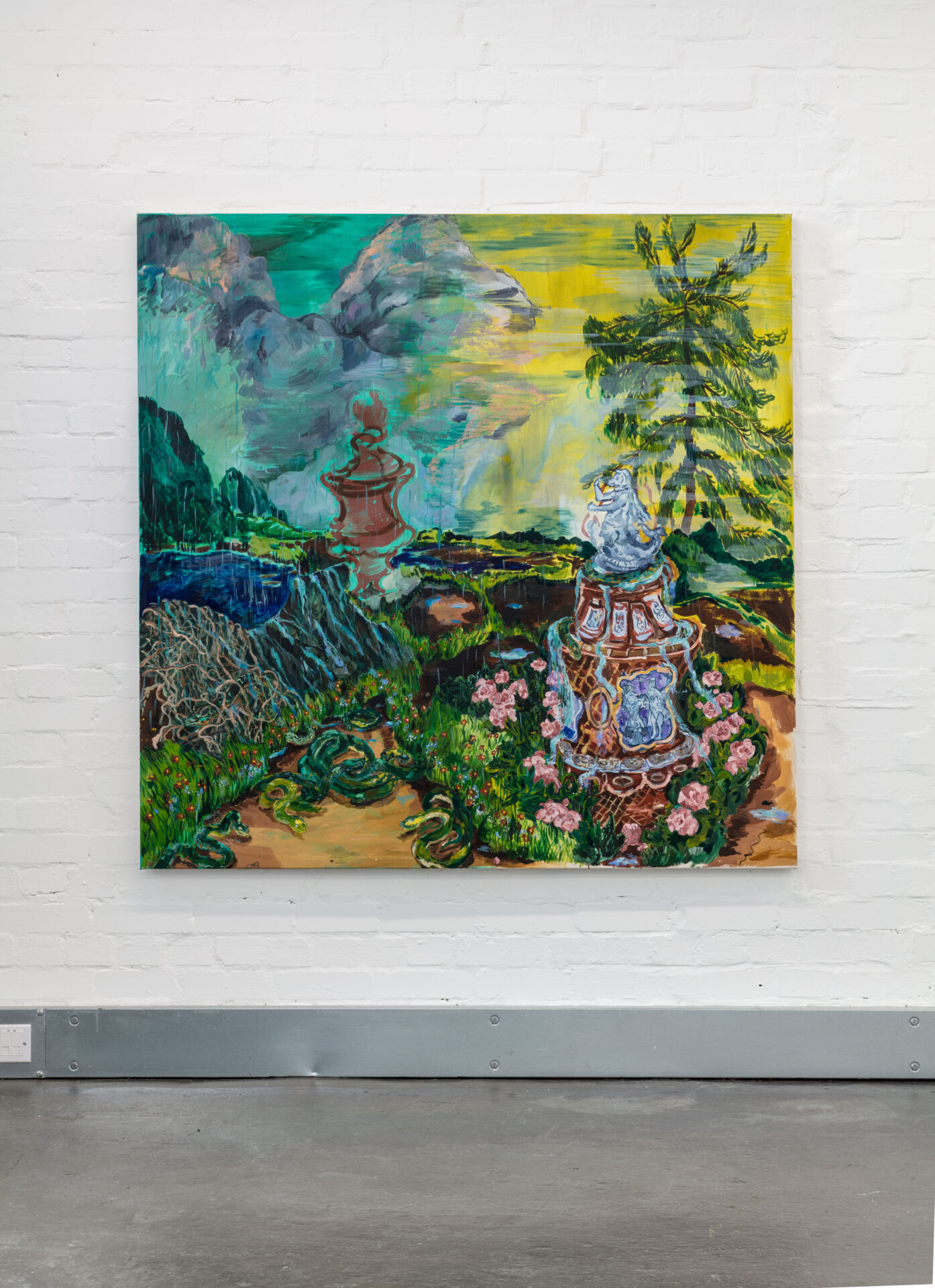 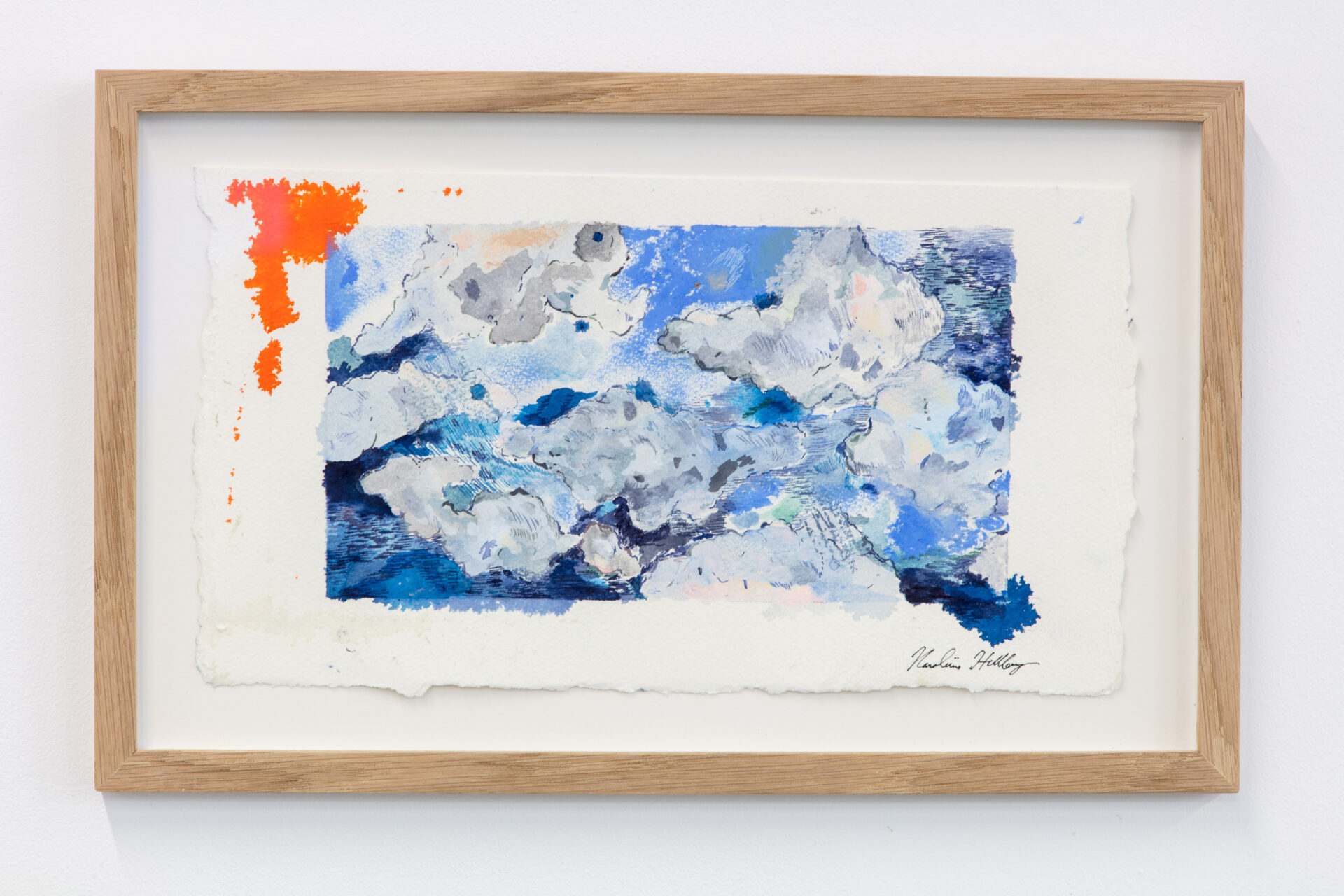 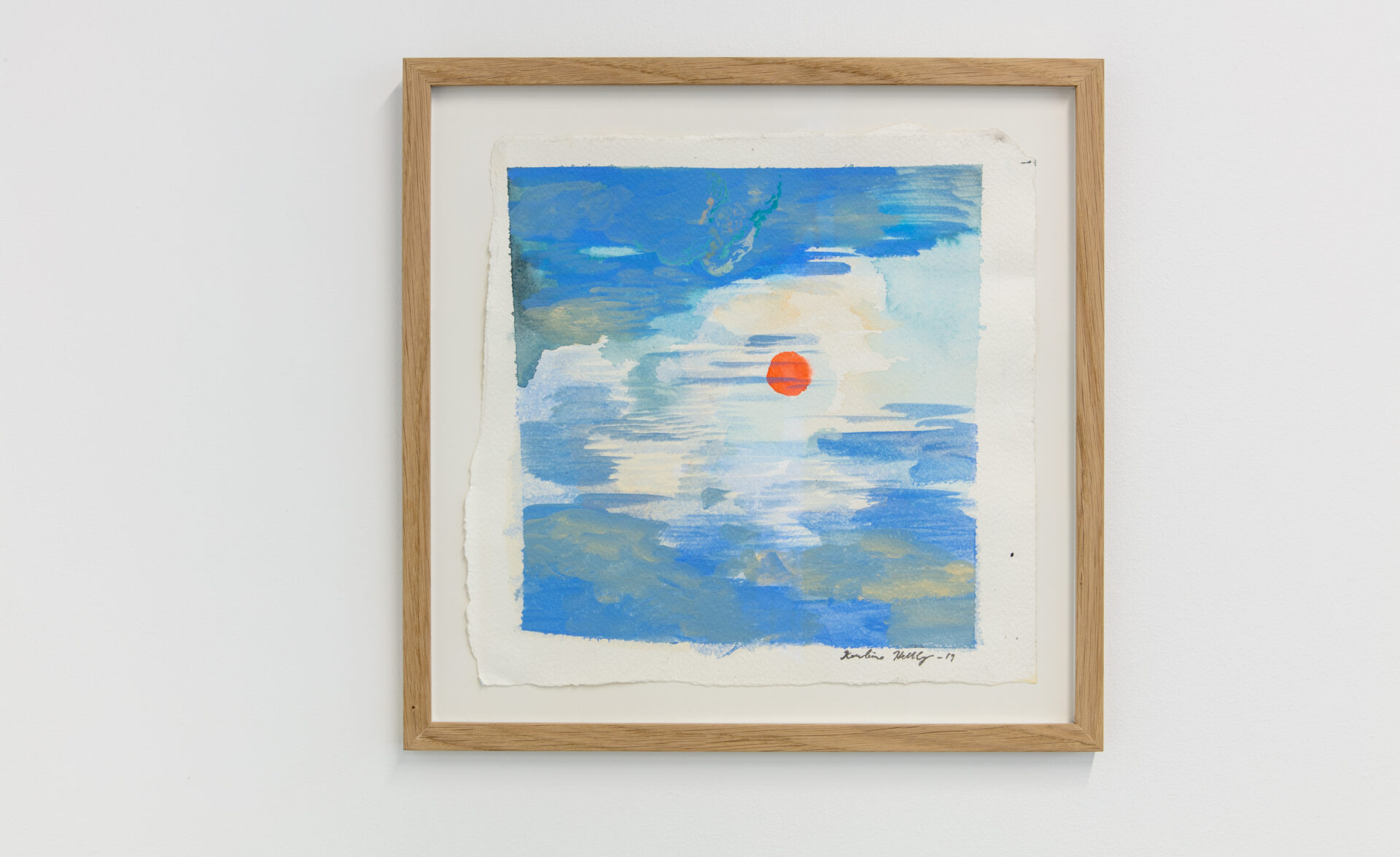 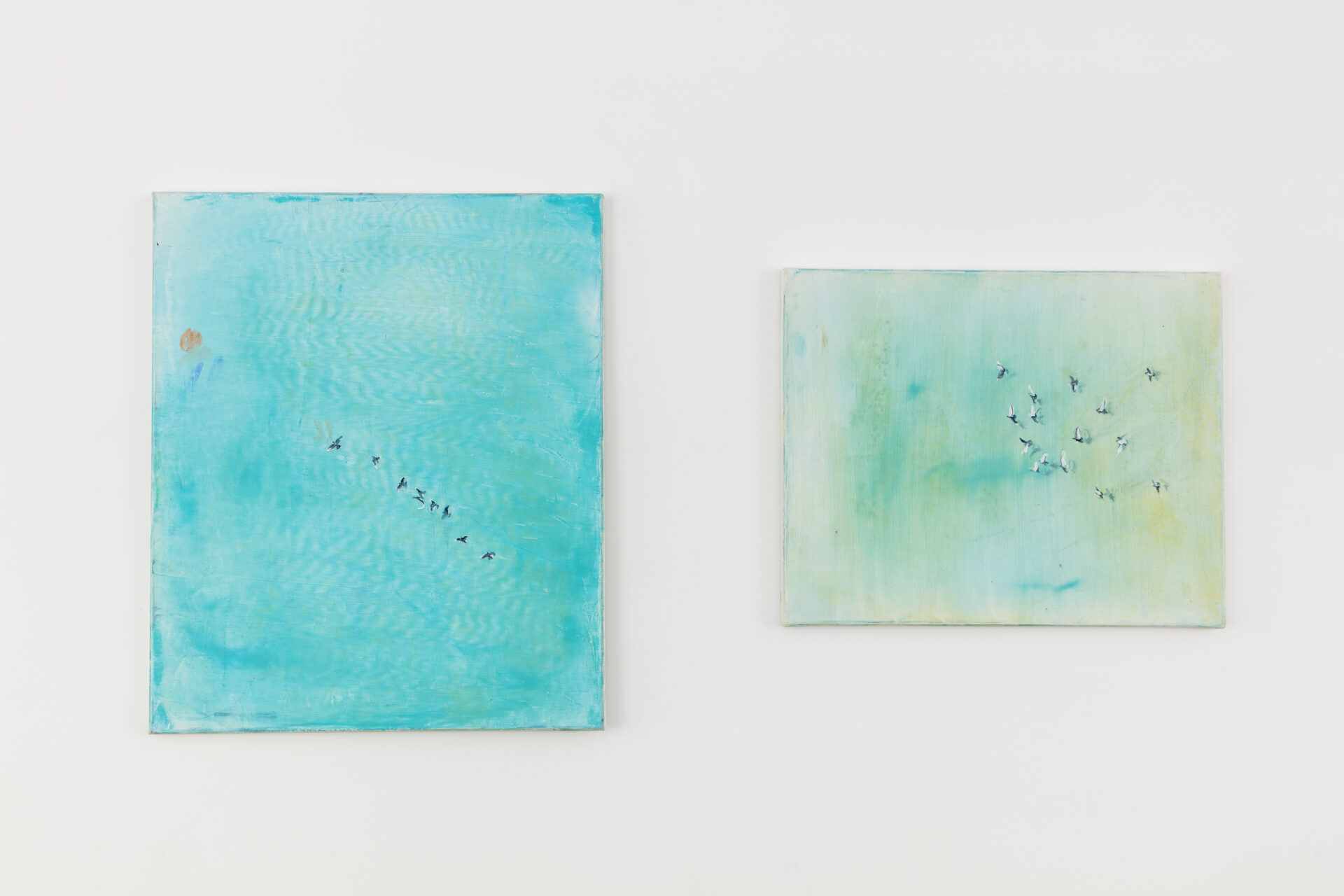 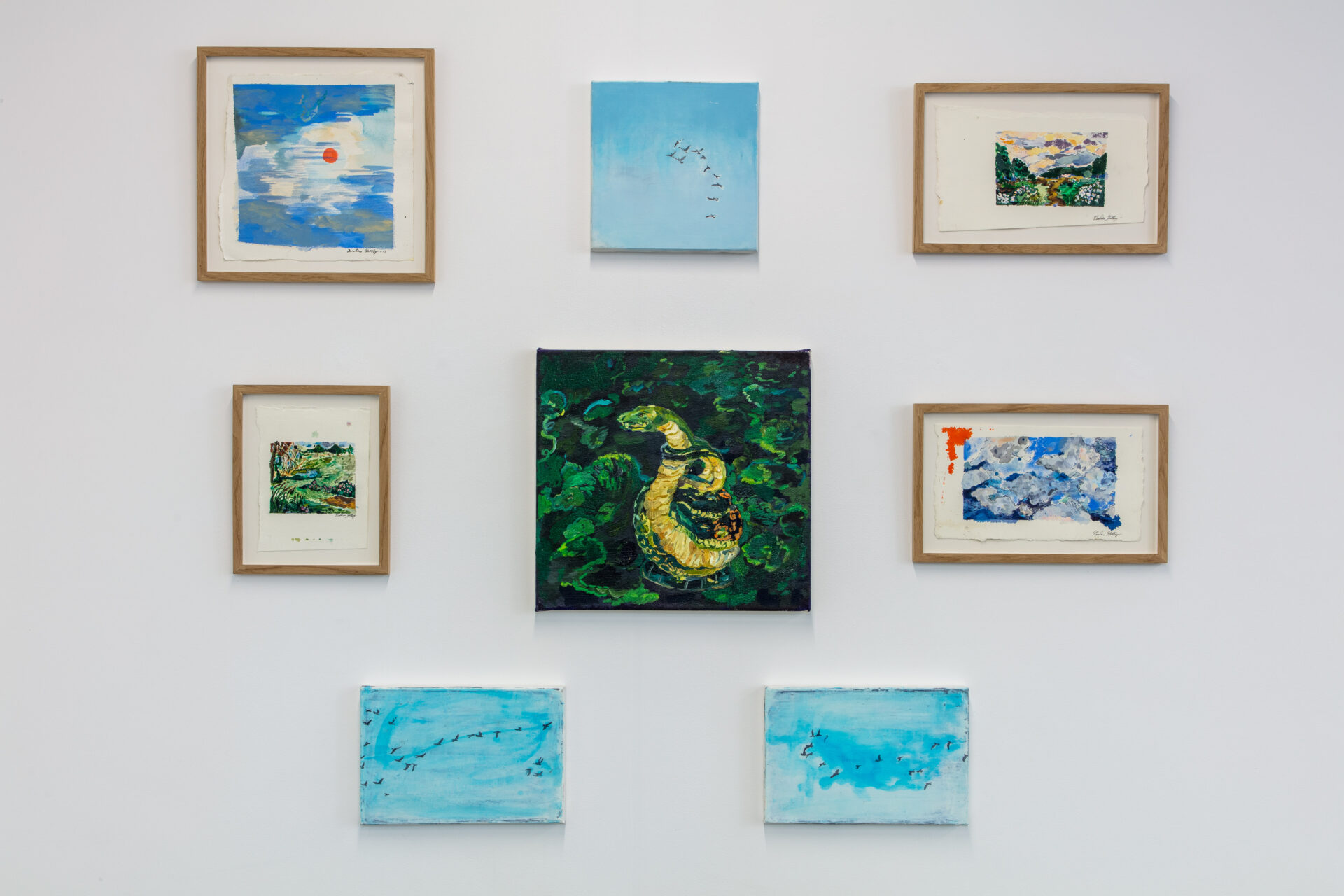 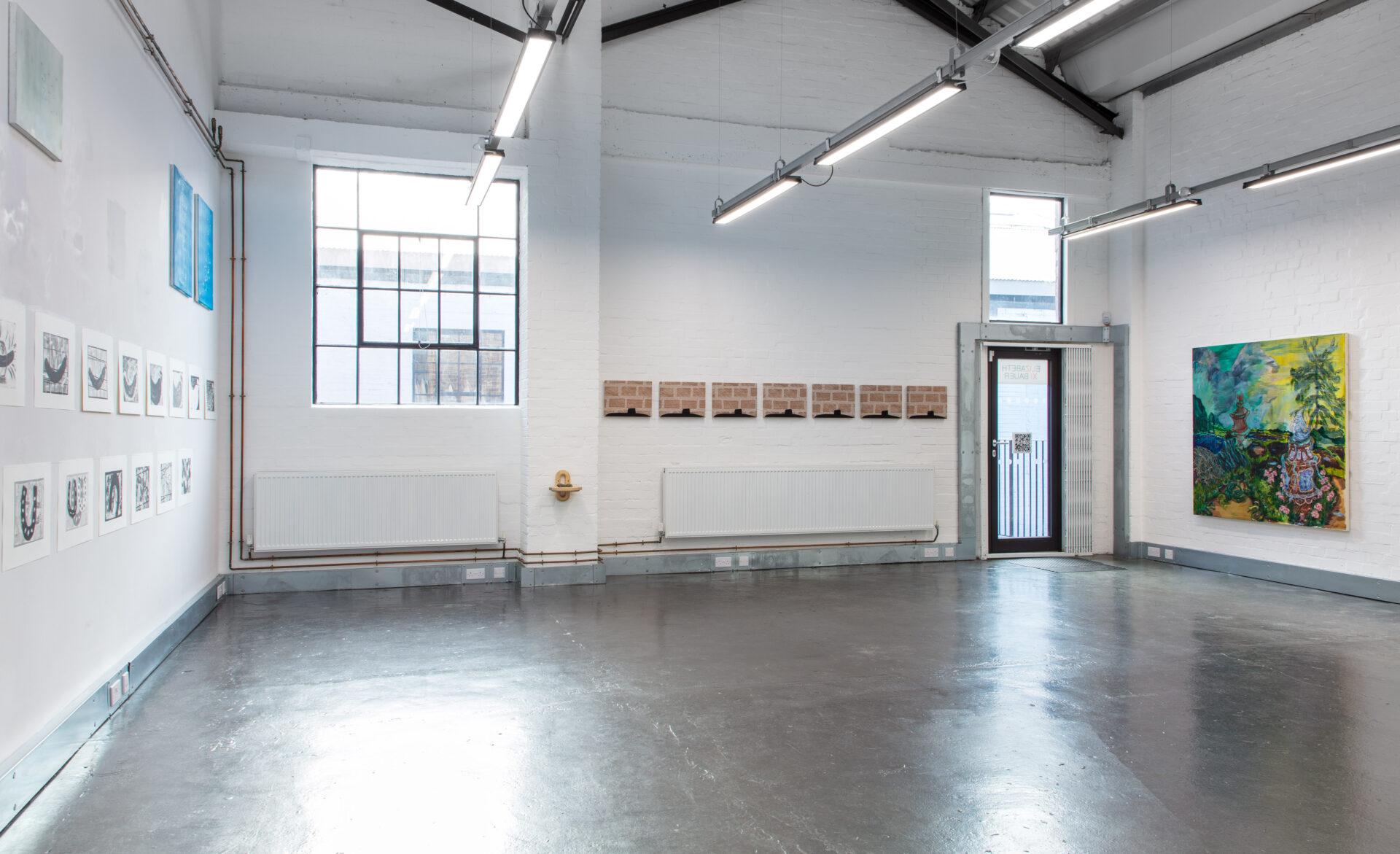 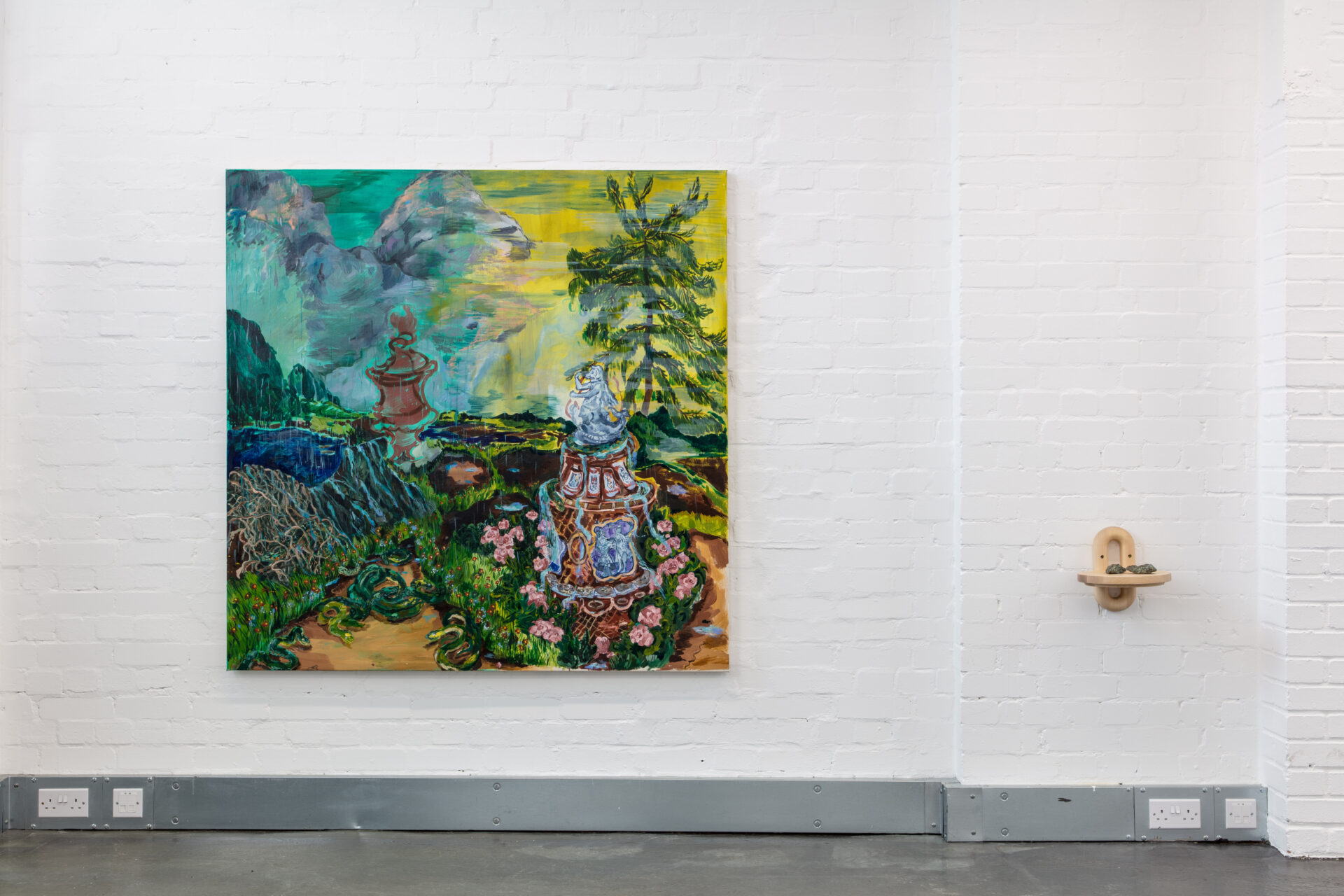 It is extraordinary that one of Britain’s best-known paintings, The Cholmondeley Ladies (c. 1600 – 10), in which two women dressed in white gowns each hold a newborn in their arms, has no known author. Whether this anonymity was enforced, or denotes modesty, the fruit of collective creation, an aesthetic choice or a relapse by its painter/s will likely never be established . What’s more, the identity of the four portrayed  subjects remains unknown – and indeed, the identity of whomever donated the work to the Tate collection in 1955. These layers of mystery are pierced by an inscription at the bottom left of the composition, enlightening the viewer in that what we see are ‘Two Ladies of the Cholmondeley Family, Who were born the same day, Married the same day and brought to Bed the same day’. The inevitable conclusion that follows is that we are facing twins – though their shared birth could be but a coincidence. As the eyes wander through the painting, one starts noticing differences between one lady and the next, one baby and the next – which does not offer a verdict as to the nature of the ladies’ relationship, but testify to the mastery of the artist/s. We borrow this idea of ‘doubleness with a twist’ to discuss the production of three painters whose work explores notions of repetition.

Caragh Thuring produces a wide variety of compositions through an economy of reoccurring elements – such as volcanoes, pyramids, bricks, and tartan patterns. The canvas for her paintings is commonly woven from jpegs of her own photographs or previous paintings, thus confusing perceptions of background and foreground, manmade and industrial. Fleet (2019) is a series of paintings that exemplify this modusoperandi. It consists of seven works bearing the exact same dimensions and, seemingly, the exact same composition. Over a woven background of bricks, Thuring has painted a submarine, each time anew. Even if her desire was to keep the vessels as alike as possible, nuances of variation are inevitable due to their manufactured nature. In a series of monotypes made earlier this year, the artist explores notions of twinning by making an ally out of the printing process. Thuring produced around 300 monotypes within this series, using the same plate without cleaning it after each print. This meant traces of the previous composition were always present in the next, as an accumulation of gestures. The fact that they are exhibited in the same order that they were conceived establishes a sense of narrative.

Cătălin Marius Petrișor Hereșanu is inspired by the outdoors to create his works – and weather permitting, often composes the works en plein air. Throughout the pandemic, the artist has produced a large number of pieces featuring birds, always flying over bright skies made of various shades of blue. Unlike Thuring’s Fleet paintings, there isn’t a desire to re-enact a composition over and over, but rather to explore new ways of composing by reshuffling same elements. Even the orientation of his canvasses vary between horizontal and vertical. At times the flock of birds seem to be performing a choreograph, as synchronised sky swimmers; at others, each of the animals appear in a unique pose, emulating Eadweard Muybridge’s famous horse photographs. On that note, all of his bird compositions are imagined, rather than reproduced from a  photograph.

Karoliina Hellberg works on show, though essentially individual pieces, communicate through the repetition of hues and signs. A small, compelling sunset drawing made predominantly with shades of blue, dialogues with another delicate watercolour that depicts fluffy clouds through a similar palette. Two spring-like landscapes showcase bucolic views, their differences somehow camouflaged by the use of identical colours. This twinning exercise is perhaps less evident, though certainly more magnanimous, between the works Snake Vase and Snakes Come Out In The Rain (both 2021). If in the first painting the serpent takes central stage, – albeit depicted as a functional object rather than a living entity – in the second, large-scale composition, the animal appears in a pit on the bottom left corner, as supporting acts of an outdoors scape. Both works convey Hellberg’s signature fantastic-realist style where, as of Thuring’s modus operandi yet through a different, Matisse-like approach, she blends notions of foreground and background. The artist further exhibits bronze casts of oysters throughout the gallery space. These are displayed in pairs, mimicking the way that shellfish exist in nature.

The Cholmondeley Ladies is the third exhibition to take place at Elizabeth Xi Bauer’s new permanent space, and the final in its inaugural series of three-persons shows. The first, called The Garden of Unearthly Delights, gathered three artists who are inspired by the outdoors to compose their work – namely Theodore Ereira-Guyer, Hamish Pearch and Manuela Ribadeneira. This was followed by Little Frank and His Carp, which explored the links between architecture and seduction through the works of Alexandre Canonico, Nicolas Deshayes and Abraham Kritzman. We open our calendar of exhibitions in 2022 in mid-March, with a display around Marta Jakobovits’ sculptures.

Karoliina Hellberg was born in 1987 in Porvoo. She lives and works in Helsinki.

Cătălin Marius Petrișor Hereșanu was born in 1978 in Craiova. He lives and works in Segarcea, Dolj, Romania.

Caragh Thuring was born in 1972 in Brussels. She lives and works in London.

The exhibition runs from 9 December to 16 February 2022
Wednesday to Saturday, 12 – 6 PM
or by appointment