The Garden of Unearthly Delights

The Garden of Unearthly Delights alludes to Jeronimous Bosch’s nearly homonymous triptych, an artwork commonly placed as the father and mother of Surrealism. The joyful, fantastical aura that permeates the central panel of the 16th Century composition is emulated here to connect three artists who are inspired by the outdoors to compose their work. The relationship between humankind and nature has been particularly fetishised in recent times, since the pandemic brought to the forefront the bucolic inside every individual.

Nature has been a force behind Theodore Ereira-Guyer’s creations for a longtime, having in the past few months – coincidently or not – achieved centre stage. Even in his most abstract compositions, the botanical realm is ever present, as a mountain, a leaf or a mere suggestion of organic matter. In paintings from The Garden series (II and IV, both 2021), he turns his gaze to the domesticity and safety of a garden, depicting flowers and weeds. By contrast, in a series of eighteen etchings that occupy the gallery’s main wall, the artist looks afar to mountains and hills. Such works were made through Ereira-Guyer’s signature process, where a given metal plate results in a single print, thus defying the very purpose of a method designed at reproducibility. Exceptionally, some plates are used twice, but elements of distinction – such as a colour or a motif added afterwards by hand – keep their individualities alive. Accordingly, all the works carry unique titles that offer clues towards their content, such as Night and the dawn, Mountain and what I didn’t know or In memory of golden light (all 2021). Displayed as a perfect grid occupying the gallery’s main wall, each of the works are made with an economy of shades, favouring monochromatic gestures.

The imposing scale of Ereira-Guyer’s installation contrasts with Manuela Ribadeneira’s delicate cutouts across the room. Though she’s better known as a conceptual artist working mostly with sculpture, Ribadeneira has drawn since her early days, even if seldom exhibiting that aspect of her practice. Volcanoes (2021) is a polyptych that anthropomorphises volcanoes, transforming them into hybrid figures while nudging to Edvard Munch’s The Scream of Nature (1893) on the way. Similar to Ereira-Guyer, they are created with a strict palette of colours, ranging from orange to brown through red. Volcanoes, as well as other geological processes, are recurring topics in Ribadeneira vocabulary. Here she also exhibits You Are The Landscape (2021), three geographical models that are remote-controlled operated, travelling through space at the viewer’s command. The parallel with Macbeth’s moving wood is inevitable1. The artist further displays a small bronze sculpture titled Vegetable Lamb (2020), which plays with an ancient zoophyte belief stating that lambs grew from trees. Like her work Volcanoes – albeit with a different aesthetic result – here again Ribadeneira explores the intersections between the natural and the animal realms.

Such relationships between realms also emerges in Hamish Pearch’s display. The artist shows a series of recent sculptures where the body is absent but suggested in the shape of utilitarian objects – a cup, a can of food. Only in Grow Bag (2021) we find an actual body part, namely an ear from where mushrooms – a favourite theme of Pearch – emerge. In works such as Sunrise, Sunset and Cloud Cover (all 2021) the artist uses analogy to build scenes that emulate natural phenomena. Rather than executing the classic readymade operation of displacement, all elements in his sculptures are created from scratch, giving way to simulacrums of things like cashews and lemons. The table-like structure on top of which his objects are placed acts as a tunnel of sorts to Ribadeneira’s moving landscapes. Interestingly, movement is implied in all of Pearch’s sculptures, either as organic matter subject to time or as transport apparatuses, like containers and backpacks. In a Surrealist strategy that would make Bosch proud, Pearch always twists scale from its real likeness, making the macro micro and vice-versa. The awkwardness of the world fascinates the artist, and he vocalises that over and over again.

This summer show marks the inauguration of Elizabeth Xi Bauer’s first permanent exhibition space, and coincides with Britain’s relaxation of its lockdown restrictions. The Garden of Unearthly Delights is the first in a series of three exhibitions curated by Maria do Carmo M. P. de Pontes, where one gallery artist is exhibited alongside two guest artists, creating dialogues between practitioners of different generations and backgrounds. The second edition of the programme, scheduled to open in late September, takes Abraham Kritzman’s works as a starting point to analyse how architecture and seduction inform artistic practices. We finish the series with a display of paintings by Cătălin Marius Petrișor Hereșanu alongside artists who turn their gaze to mythologies.

Theodore Ereira-Guyer was born in 1990 in London

Hamish Pearch was born in 1993 in London

Manuela Ribadeneira was born in 1966 in Quito

They all live and work in London.

You can find more photos, art and news here on our Instagram 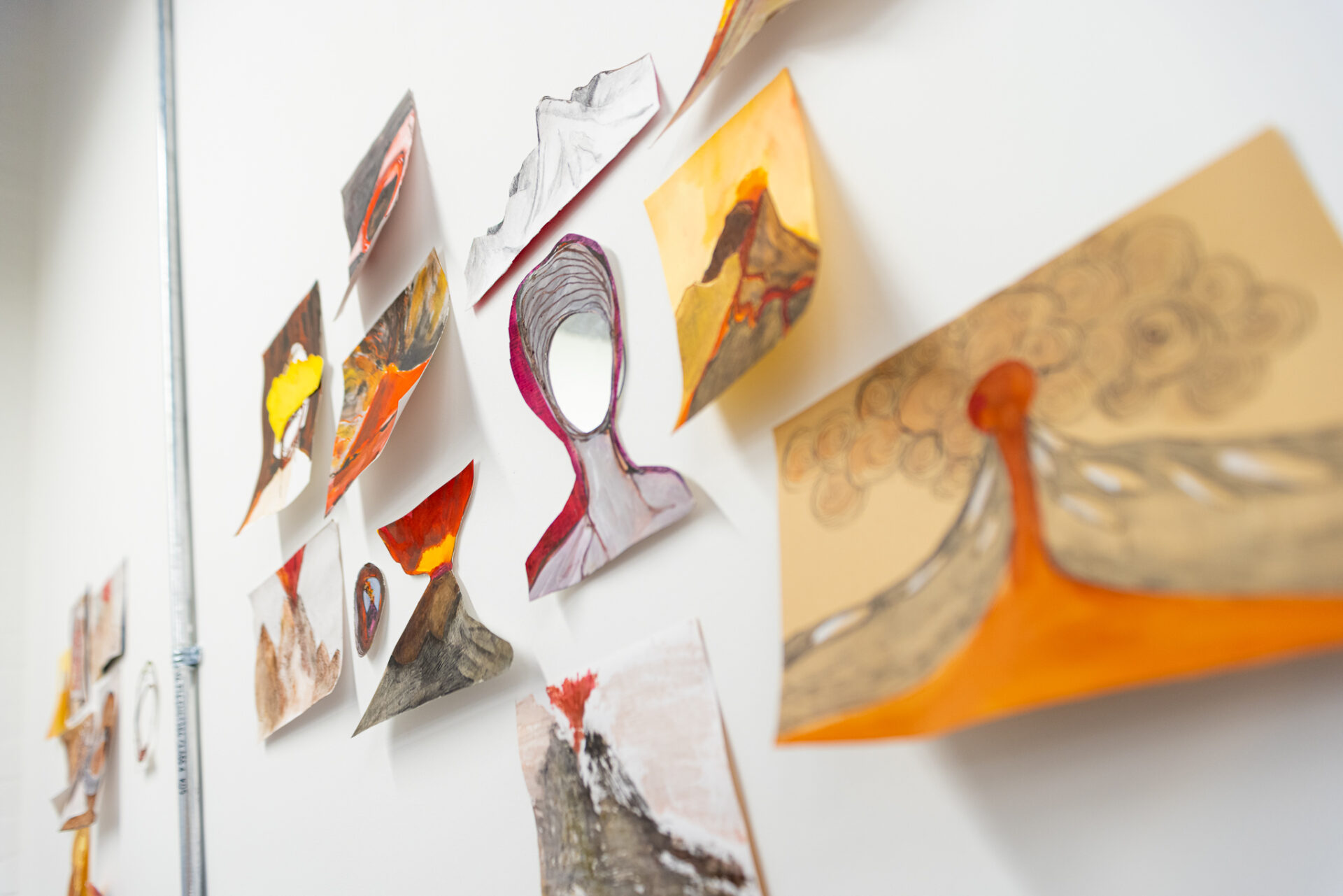 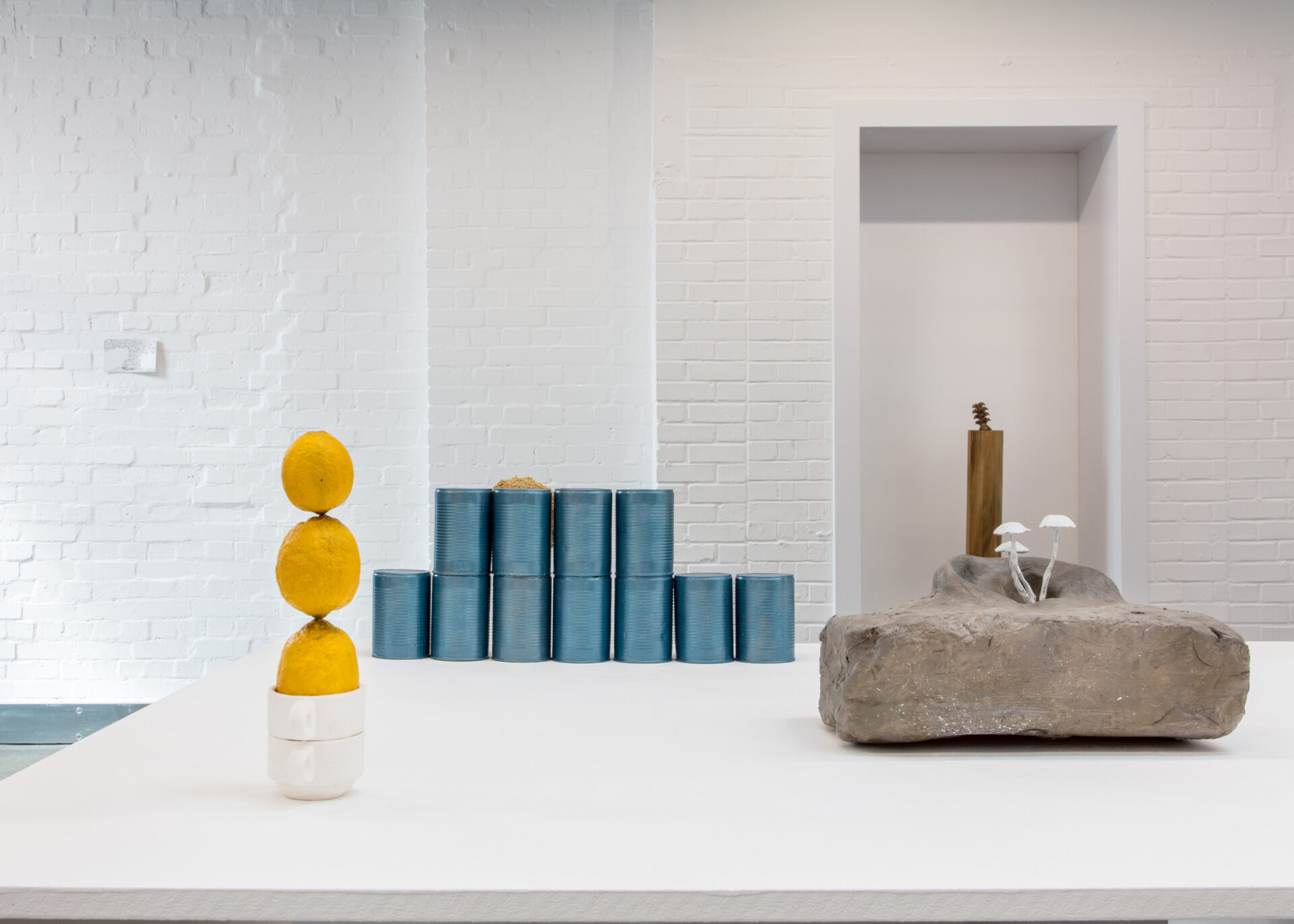 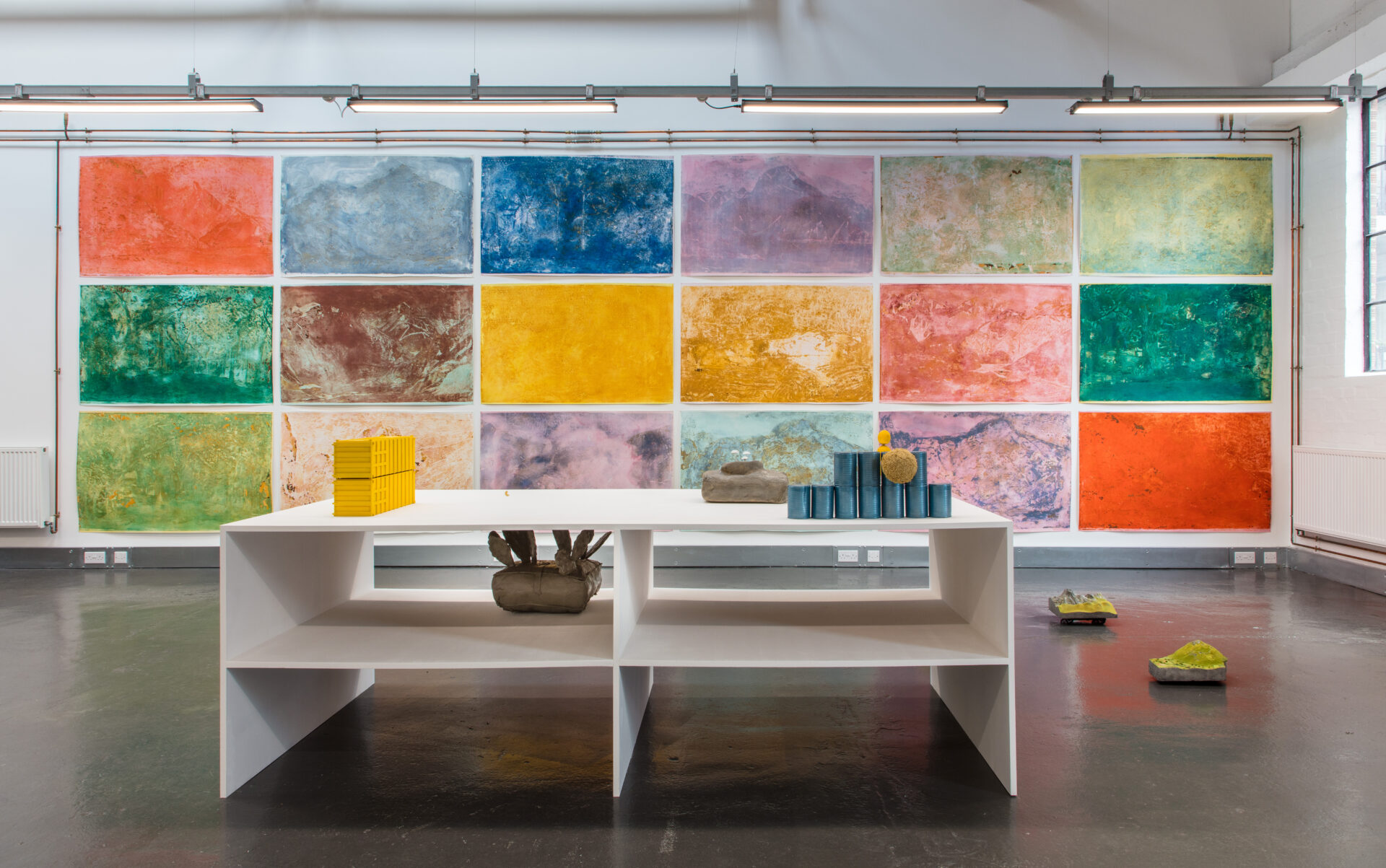